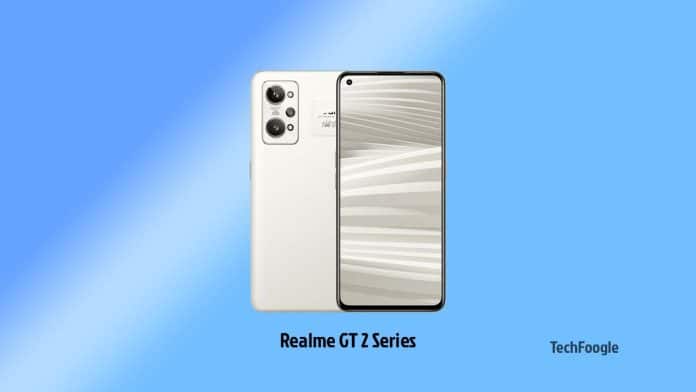 Realme GT 2 Series Launched Globally: When Realme launched the Realme GT 2 Pro in China earlier this year, it was one of the first OEMs to release a premium phone using the Snapdragon 8 Gen 1 CPU. This next-generation Realme GT smartphone, along with the regular Realme GT 2, was officially unveiled during the company’s MWC 2022 event.

The Realme GT 2 Pro and GT 2 are based on the GT Neo-like design, but with changes such as larger rear camera housings and a smaller one. The selfie snapper is housed in a punch-hole cutout on the front part. The Realme GT 2 Pro is available in a limited edition with a Paper Tech Master Design by Japanese designer Naoto Fukasawa. This contains a biopolymer substance for a more environmentally friendly approach. In addition, the box design cuts the plastic ratio from 217 % to 0.3%.

The phone also comes with a variety of “world first” features. It has a revolutionary Antenna Array Matrix System with HyperSmart Antenna Switching technology for a stronger signal, a Wi-Fi Enhancer for better connectivity, and 360-degree NFC.

The smartphone features a 6.7-inch 2K LTPO 10-bit AMOLED display with a refresh rate of 120Hz, a peak brightness of 1400 nits, and MEMC. It is also DisplayMate A+ certified and features Gorilla Glass Victus protection. As previously said, the Realme GT 2 Pro is powered by the Snapdragon 8 Gen 1 mobile platform, which allows it to fight with rivals such as the OnePlus 10 Pro, Galaxy S22 series, Xiaomi 12, and others.

Three cameras are included in the back camera module: a 50MP Sony IMX766 primary camera with OIS, a 50MP ultra-wide camera with a 150-degree field of view, and a micro-lens with up to 40X magnification. It also sports a selfie camera with a resolution of 32MP. There are several nice camera capabilities here, such as a Fisheye mode, ProLight for better low-light images, and more. The phone features a 5,000mAh battery and supports 65W fast charging. It runs Realme UI 3.0 on Android 12.

The Realme GT 2 is a scaled-down version of the Realme Pro. It has a smaller 6.2-inch E4 AMOLED screen with a refresh rate of 120Hz. Instead of this year’s high-end Qualcomm processor, the phone uses last year’s Snapdragon 888 chipset. It has up to 12GB of RAM and 256GB of storage space.

The camera and battery are the same as they were on the GT 2 Pro. Other features include the Android 12-powered Realme UI 3.0, GT mode 3.0, stainless steel vapour cooling plus system, and more.