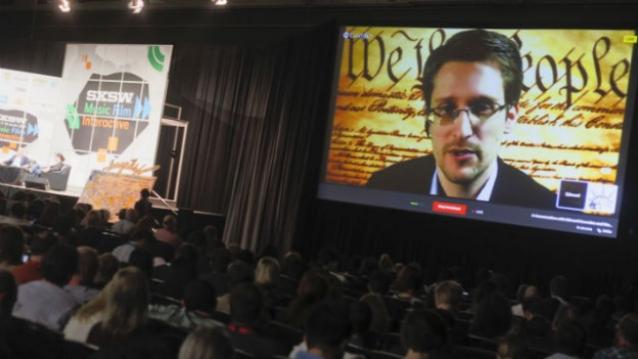 With our personal lives and businesses gone online, privacy and encryption are two strong words when it comes to the new mobile-age we live in. Time and again we have seen companies promising privacy and security, but there is no way to prove that your device is capable of hiding all your secrets. We have also seen companies like Silent Circle build devices focusing on privacy. Now, whistle blower and ex-NSA contractor, Edward Snowden, recently said that he is developing a new and more secure iPhone version, after the recent FBI-Apple tussle.

Snowden who is a board member of the non-profit group Freedom of the Press Foundation spoke about a case that could help journalists working in dangerous environments. He along with hacker Andrew Huang are working to see if it is possible to modify a smartphone that will alert journalists of any transmissions from their device. He cited the example of The Sunday Times reporter Marie Colvin who was attacked in 2012 by the Syrian government as the radio frequency emissions of her communications used to file the story were intercepted.

The incident only made it worse for users to trust their devices, he said. Moreover, malware can easily exploit devices and while users may believe that their devices are switched off or in airplane mode, that may not be enough to stop malicious minds from digging deep into your device.

Snowden’s project is still experimental. He is working to build ‘modified phones in a special case’ with a separate display that will alert users whenever their phone is transmitting date at ‘improper’ times, writes The New York Times.

TechnoBuffalo further explains how the device will look like an ordinary battery case. It will have a black-and-white display at the back, and would be capable of  connecting to the iPhone via SIM slot as the regular SIM card will be moved into the case. It can monitor signals sent to phone’s GPS, Bluetooth, Wi-Fi and cellular antennas, alerting the users about an unauthorised access. A physical kill switch is also expected to be a part of the device.

Android often faces flak for being vulnerable to malware, but it dominates the mobile space. iPhone isn’t really as secure as we thought. For years, we have seen the mobile hardware evolve at a maddening speed, but arguable that hasn’t been the case with software. Today, spying controversy, the advent of social media and even malicious groups like ISIS has made many rethink of what they want from their smartphone is more than fancy feature. privacy and security may come at a cost thought, maybe a not-so-good looking device or OS you like, but is a common user willing to embrace privacy by sacrificing the device they love? Or, carry an additional case, just like the experimental case Snowden is working on?