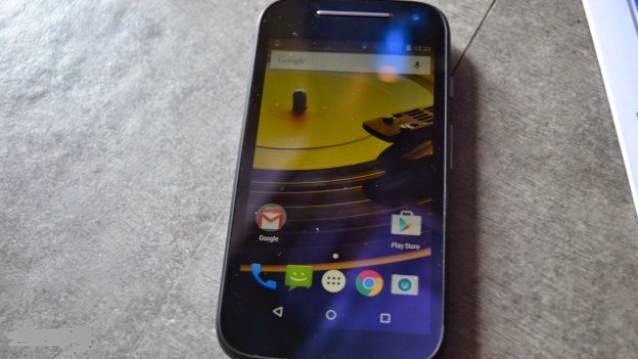 After launching the Moto E second generation (3G variant) smartphone in India for an affordable price of Rs 6,999, Motorola now brings the 4G variant here. The device which was expected to launch in May, has now been listed on Flipkart at a price of Rs 7,999. The Moto E 4G is currently open for pre-order and the estimated date of release is 23 April. 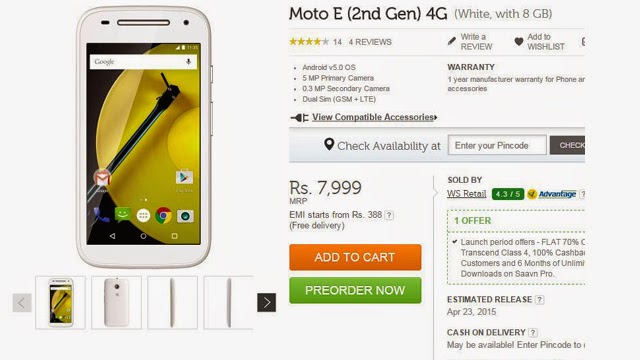 It comes with an internal storage of 8GB that can be further expanded up to 32GB via microSD card slot. In terms of camera, the device has a 5MP rear snapper along with an auto focus sensor and includes features like geo-tagging, panorama, and HDR. It also comes with a front-facing VGA camera. The Moto E 4G variant runs Android 5.0 Lollipop.

In terms of connectivity, the device has WiFi, GPS, Radio and Bluetooth. The water resistant Moto E is fueled by a 2390mAh battery compared to the 1980mAh seen in the previous model. The device will be available in Black and White variants.