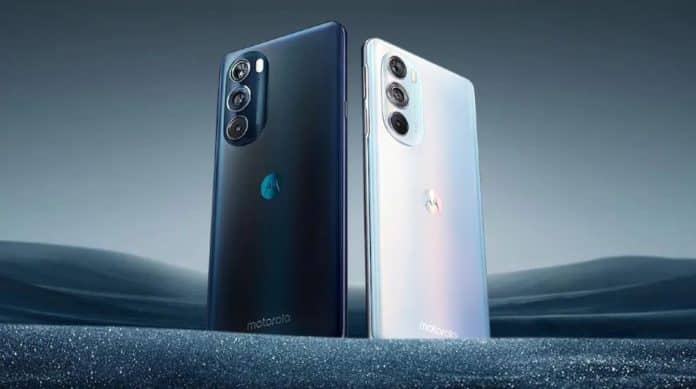 The Moto Edge 30 Pro is expected to be the second phone in India to include a Snapdragon 8 Gen 1 SoC.

The Moto Edge 30 Pro, the company’s rumoured future flagship smartphone, is expected to debut this week in India. The Moto Edge 30 Pro pricing and features have leaked online ahead of Motorola’s February 24 launch event for an unnamed new smartphone. The device is claimed to be a rebranded version of the Moto Edge X30, which debuted in China in December 2021 and is powered by a Snapdragon 8 Gen 1 SoC. When compared to the Galaxy S22 series, which starts at Rs. 72,999 in India, the Moto Edge 30 Pro might be the cheapest smartphone to sport the premium processor.

(also see: This Motorola Smartphone Might Be the First to Have a 194MP Mobile Camera)

The next Moto Edge 30 Pro might be unveiled on February 25 in India, according to a rumour by 91Mobiles quoting tipster Yogesh Brar, with a box price of Rs. 55,999 and pricing of Rs. 49,999 on Flipkart. According to the source, the smartphone would be launched with discounts on several bank cards, bringing the price down to Rs. 44,999.

The price of the rumoured Moto Edge 30 Pro smartphone has yet to be officially revealed by Motorola.

Previous rumours suggest that the Moto Edge 30 Pro will be a renamed version of the Moto Edge X30. The Moto Edge 30 Pro might run Android 12 with the MyUX skin from Motorola on top. It is believed to be powered by a Qualcomm Snapdragon 8 Gen 1 SoC and up to 12GB of LPDDR5 RAM. Following the recent announcement of the Galaxy S22 series handsets, it might be the second smartphone in India to use the newest Snapdragon flagship chipset. The Moto Edge 30 Pro is expected to include a 6.7-inch full-HD+ OLED display with a refresh rate of 144Hz and HDR+ content compatibility.