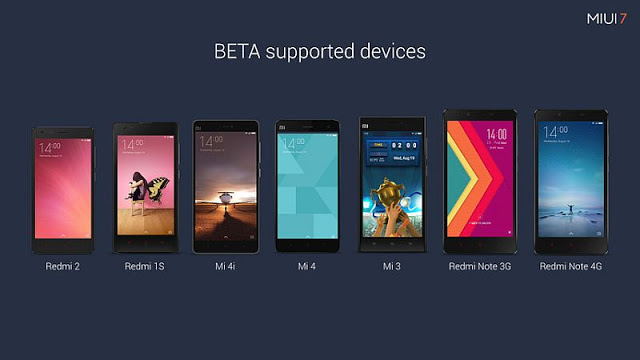 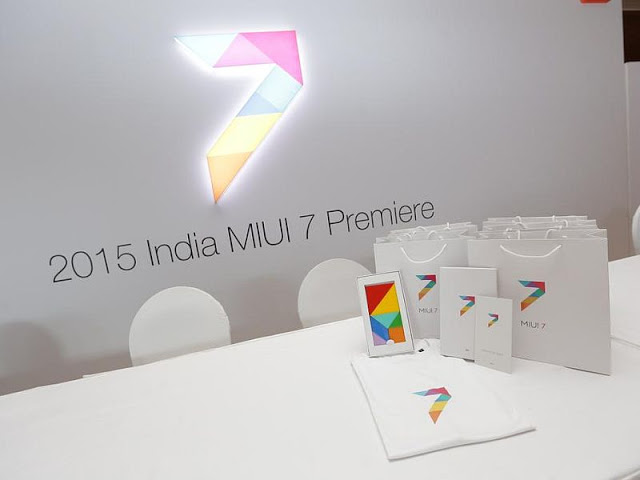 Xiaomi on Wednesday at its MIUI 7 launch event in New Delhi revealed the global MIUI 7 ROM alongside announcing availability of new coloured versions of Mi 4i as a limited edition.
At the event, the Chinese smartphone maker announced that the MIUI 7 Beta starting Monday will be available for Beta-supported Mi devices, namely – Redmi 1S, Redmi 2, Mi 3, Mi 4, Mi 4i, Redmi Note, and Redmi Note 4G.

Additionally, Xiaomi India announced that the Mi 4i will be available in new colours – Blue, Pink, and Yellow – in limited edition variants, priced at Rs. 12,999. The colour variants will be available starting Tuesday exclusively via Mi.com/in. Until now, Xiaomi Mi 4i was available only in White and Dark Grey variants in India.

The company claimed that MIUI, which goes by the slogan “Yours by design”, has a deeply optimised user interface that allows for extensive customisation.

Some of the highlights of the new MIUI 7 include four default themes (Rose, Pink Blush, Ocean Breeze, and High Life) to choose from; new themes that have a complete game on the lock screen; a daily lock screen feature that changes the lock screen wallpaper every day; the new copyrighted images exclusively for MIUI; up to 30 percent better response time than MIUI 6; a reduction in overall modem power alongside background restrictions apps to save up to 10 percent battery life; a XXL font size; a Baby album feature, which auto recognises baby faces and creates albums; a new Child mode in MIUI 7 allows users to choose apps accessible to child and also allows to add passwords, and mute notifications feature.

The company also announced MUSE, which will allow users to create Themes with animations and content without getting into coding. Xiaomi India clarified that the selection of HD wallpapers in MIUI 7, with 10 pre-sets available on the ‘daily lock screen’ rotation, are currently only available in India. 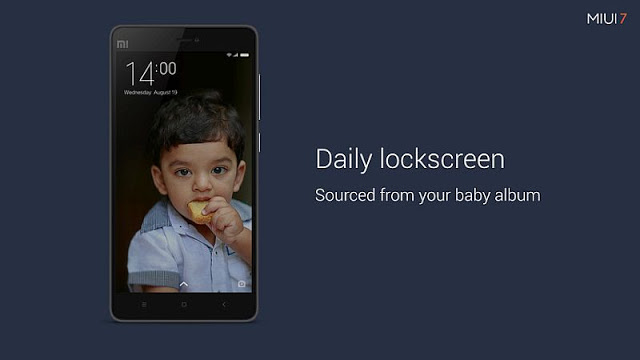 Xiaomi revealed that it received top feature requests for MIUI 7 about battery life and better performance and stressed that the new ROM optimises system app start up time and also accelerates CPU.

Some of the “Made for India” features highlighted at the event include Visual IVR, which is an attempt to reduce the time required to navigate automated voice menus when calling a customer service hotline. Xiaomi’s Visual IVR will show the voice menu on the phone’s screen, so users can tap on the selection quickly. The company revealed that the Visual IVR in MIUI 7 has been further improved with support for more than 50 companies’ customer support numbers. A new Smart SMS Filter has been also added to MIUI 7 which is said to intelligently filter service messages into a separate notification tab, and lastly, a Quick OTP feature has been integrated that is built-in and helps in entry of the OTP codes during online and mobile transactions.

The MIUI 7 integration with Mi Band has been improved and will now switch the Mi phone to Do Not Disturb (DND) mode when it detects that the users is asleep.

One of the notable features added in MIUI 7 is the addition of Showtime, which allows users to record a short video loop on phone and exchange contact card with friends. This will mean that every time a friend calls you, the Showtime video will run in loop. The feature will be rolling out in coming months. 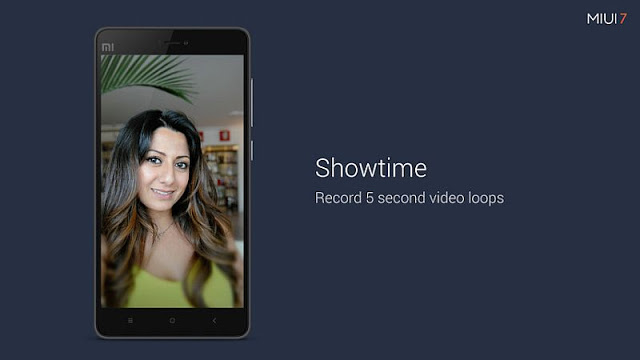 For MIUI 7, Xiaomi has partnered with Opera Max to provide Data Saver, which compresses browser and in-app media, letting users save up to 50 percent data usage. The feature will be rolling out in September in China, India Brazil, Hong Kong, Taiwan, Singapore, Malaysia, and Philippines. With increasing MIUI fans in the country, Xiaomi now supports 10 Indian languages.

Commenting on the announcement, Hugo Barra, Vice President, Xiaomi Global, said, “MIUI 7 is a fresh new take on our immensely popular operating system, well-loved by over 150 million users. With so many exciting new enhancements, you will be able to feel the difference the moment you power on your phone running MIUI 7. With more new system UIs to choose from, customised profile videos for calls using Showtime and a variety of personalisation options, MIUI 7 is truly ‘Yours by Design’.”