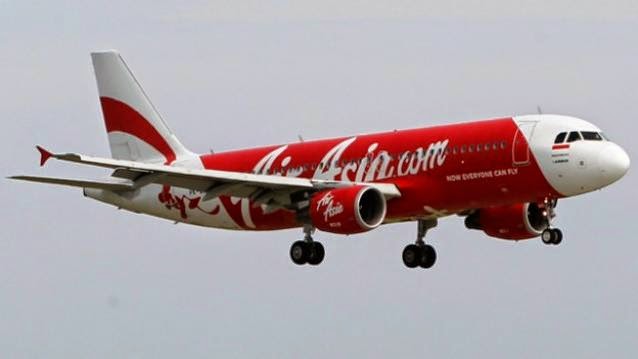 Cyber-criminals now have a new target. They have turned their focus on exploiting the incident of the missing AirAsia Indonesia Flight QZ 8501 which had lost contact with Air Traffic Control yesterday at 7:24 a.m.

“We will do a ground check as well as a review of AirAsia’s operations in Indonesia to ensure that all of its activities are better in the future,” Ignasius Jonan told reporters.

The latest incident which has topped off a bizarre and tragic air for the aviation industry, has generated a storm of interest and curiosity, which hackers have begun to exploit.

“Missing AirAsia flight QZ850 has been found and that all its passengers are safe and alive”. But once the user clicks on the news, the link redirects them to malicious websites.

And this is not the first time that such an incident has occurred.

Similar malicious attempts were followed even after the mysterious disappearance of Malaysian Airlines MH 370. Here again, cyber criminals took advantage of public curiosity to give people false news and lure them to websites that would steal their personal information.

We had reported earlier that, according to security software firm Trend Micro, cybercriminals are exploiting news events and luring them to websites to just simply steal their valuable data. In fact, Trend Micro’s TrendLabs spotted an executable file (.exe) disguised as a video that, when clicked, allowed scammers to collect data from the user’s machine, such as his or her IP address, along with other possibly sensitive data.

“Cybercriminals have previously used tragedies such as last year’s Super Typhoon Haiyan in the Philippines and the deadly bomb attack on the Boston Marathon to lure unsuspecting users to malicious websites. Users should click with caution in such situations as cyber criminals try to cash in on such activities. Securing your PCs, tablets and mobile phones with an up-to-date security software is also recommended”, said Dhanya Thakkar, Managing Director, India & SAARC, Trend Micro.

Users need to follow some important steps in order to protect themselves from fraud:

1. Do not click on suspicious links or emails which claim to have updates on the missing AirAsia flight QZ8501.

2. Always click on genuine news sites as they will always offer the most reliable information.

3. Do not like or share videos that purport to show that the plane has been found. In fact, it’s probably best to delete these malware posts from your Facebook wall.

According to AirAsia, Indonesia flight QZ8501 had seven crew members and 155 passengers, including 137 adults, 17 children and one infant. The aircraft was flying at 32,000 feet and had asked to go to 38,000 feet due cloudy weather in the area.

@techfoogle
Previous From Anonymous to Lizard Squad: The most dangerous hacking groups in the world
Next After months of service disruption, Google’s Gmail blocked in China