In addition, to support 144Hz displays, the Dimensity 9200 can also be combined with a 5K display and run at 60Hz. MediaTek MiraVision 890 supports brighter and more detailed visuals.

The SoC is optimized for Wi-Fi 7, sub-6GHz connectivity, and super-fast mmWave 5G. It also has Bluetooth version 5.3, Bluetooth LE audio, and other additional features. 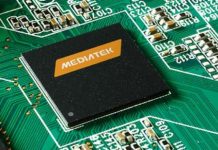