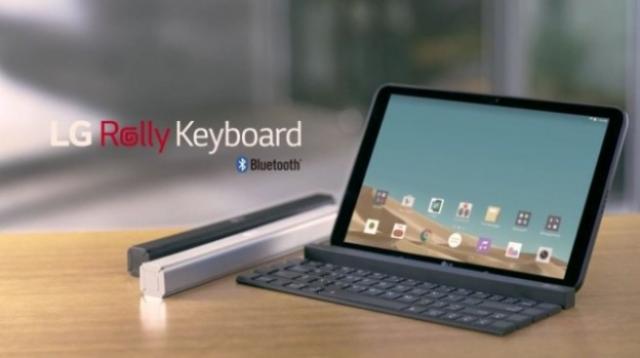 Bluetooth keyboards have been around for a while now and are considered to be valuable accessories for those looking at long typing sessions on their tablets or phones. LG has announced a new bluetooth keyboard called the LG Rolly Keyboard, which rolls up to resemble a tiny soundbar or a mobile battery. When unrolled, the Rolly becomes a full-size smart bluetooth keyboard.

The LG Rolly keyboard works on the Bluetooth 3.0 standard and will work with phones as well as tablets. It opens up to show four rows of keys. There is a fold-out stand behind the Rolly which can hold up to 10-inch tablets.

The LG Rolly keyboard can connect automatically to the synced devices when completely unrolled. It will switch off when you roll it back. In fact, it can connect to two devices simultaneously, and you have a shortcut to switch between them.  The keys are made of tough plastic and are 17mm in size.
A single AAA battery will be required to power on the keyboard. According to LG, a single AAA battery can power it for an average use of three months.

According to LG, this is just the first of the many accessories it expects to launch in the near future. The LG Rolly Keyboard is expected to be showcased at IFA Berlin and will first start selling in the US, followed by Europe, Latin America and Asia in the fourth quarter. Pricing has not yet been announced. 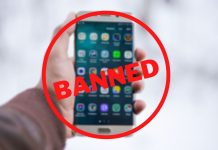