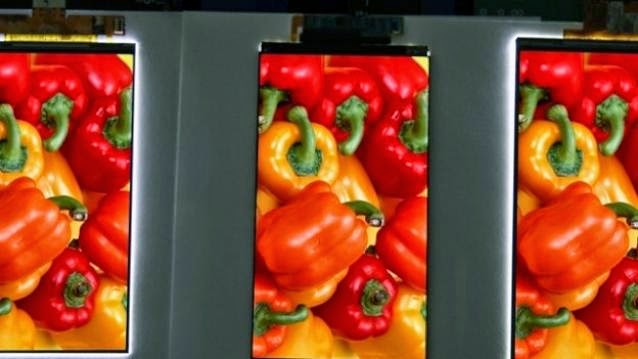 LG has announced that they have developed a 5.3-inch Full HD LCD panel for smartphones, which vendors claim, has the world’s narrowest bezel at just 0.7mm. The company has beaten it’s own previous records of 2.2mm bezel size for smartphones.

LG mentions that it had to use two processes, the neo edge module processing technology and the world’s first Advanced In-Cell Touch (AIT) technology to achieve a bezel width that is narrower than the thickness of a credit card. The neo edge technology sees the use of an adhesive instead of double-sided tape to seal the areas around the panel’s circuit board as well as the back light unit.

The AIT technology also assists in the reduction of bezel size, as the touch panel is embedded into the LCD module. As there isn’t a need for another touch component, using this technology is cost effective for LG as well.

The smartphone adapts a similar design from the Sharp Aquos Crystal which appears to have almost no bezels around its borders. LG has worked on a smartphone which could give us maximum screen size with minimal bezels. This way, LG continues to be a part of an emerging market which deals in high-resolution large-size displays for mobile devices.

Mass production of the new displays is set for November and LG said it will ship the first batch to customers in China. We should hope to see this cutting-edge technology by the first or second quarter of 2015.