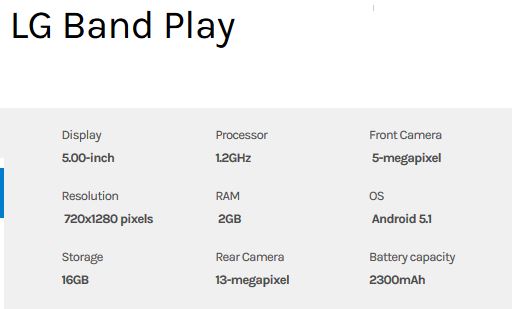 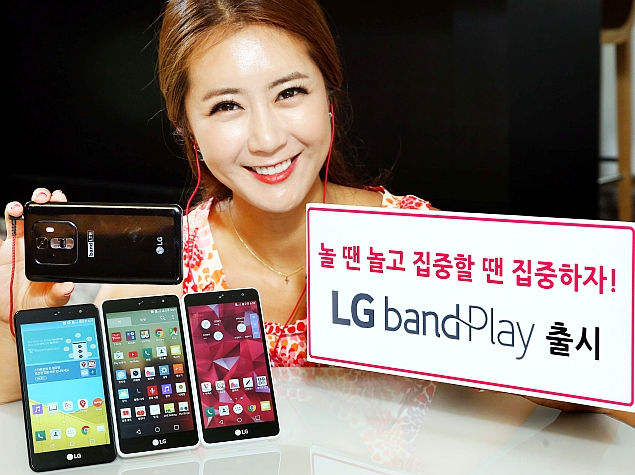 After launching its flagship the LG G4 and its several variants in various regions over the past few weeks, LG on June 24 launched the LG Band Play. Launched in South Korea, the smartphone will be available in the region later this week at KRW 394,800 (roughly Rs. 22,700) in Black and White colour variants. The handset’s availability details for other regions are not available for now.

Like its several other high-end models, the LG Band Play’s 13-megapixel rear camera brings laser autofocus tech with dual-LED flash. The smartphone also features a 5-megapixel front-facing camera for video chats. The smartphone’s 16GB eMMC inbuilt storage can also be expanded via a microSD card (up to 32GB).

It is worth mentioning that the Band Play equips a 1-watt speaker and comes bundled with a LG QuadBeat 3 earphones. The earphones were previously announced as official accessories for the flagship LG G4.