Lenovo Vibe K4 Note: A closer look at the specs 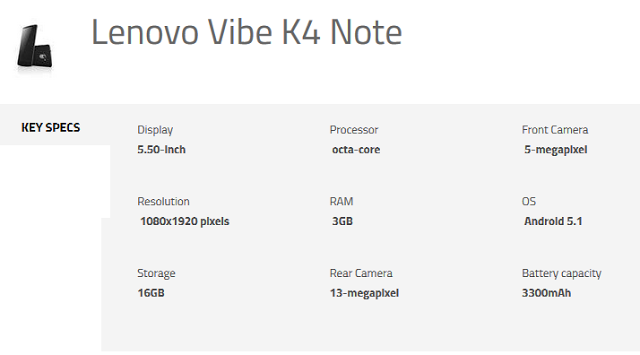 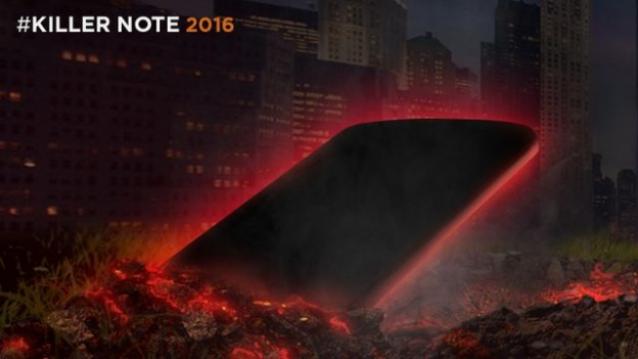 Lenovo grabbed eyeballs with the K3 Note and that’s the reason why expectations from the Vibe K4 Note have increased by manifolds. Adding to the hype, Lenovo has also been teasing its killer display all along, adding to the curiosity about what’s on offer. With the Lenovo Vibe K4 Note finally launched in India at Rs 11,999, let’s take a close look at the specs to see what it holds within.

The Vibe K4 Note has a curvy design to ensure better ergonomics. The K4 Note ups the ante by deploying a metal body and will be available in a Tuxedo Black color variant. The company has ensured to bring the latest fad of fingerprint scanners, which are slowly becoming a standard feature among phones. Another highlight of the device is the front dual speaker designed by Dolby Atmos. Lenovo has gone ahead and spruced up the audio experience with the TheatreMax technology.

The Lenovo Vibe K4 Note will run rather older Android 5.1 Lollipop with a layer of the Vibe UI on top. The Vibe UI is Lenovo’s custom made user interface that overlays Android. 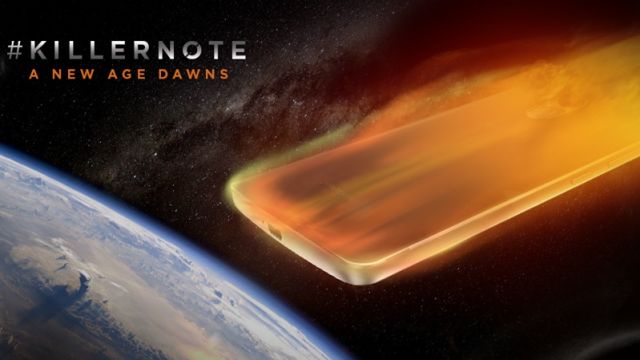 It comes powered by an octa-core MediaTek 6753, which shouldn’t disappoint. Lenovo has bumped up the RAM from 2GB to 3GB, which should be more than enough to handle a plethora of apps and we also hope a slick UI experience.

Lenovo could disappoint some as it maintains 16GB onboard storage. However, on the brighter side, it support microSD card slot that lets you expand the storage up to 128GB.

A 3,300mAh battery and support for faster charging is promised by the company for the K4 Note. The battery is slightly improved, however, we can comment on the battery life, only once we have taken the device for a spin in our labs.

Lenovo’s latest Vibe K4 Note is priced at Rs 11,999 and is available exclusively on Amazon via flash sales starting 19 January. The registrations for the sale begin today at 3PM. The company has also teamed up with Skullcandy for the Ando headphones priced at Rs 1299. The K4 Note bundled with the ANTVR headset (costs Rs 1299) will cost Rs 12,499.

The K4 Note is exactly what K3 users were looking for. It’s a nifty upgrade over its predecessor with improved curved display, RAM, 128GB expandable storage and a fingerprint scanner. The company continues to make it harder to grab the device with flash sales, which seems the only disappointing part for now. At Rs 11,999, the K4 Note looks a great deal, at least on paper. However, we will reserve our comments about its performance until we get the device for a complete review. 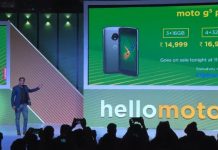