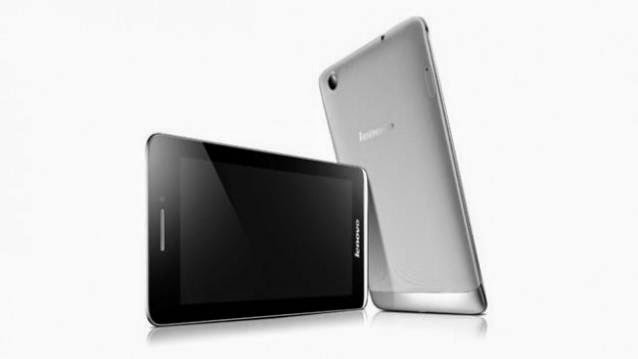 Sony just launched the  slimmest and the lightest ever tablet called the Xperia Z3 Tablet Compact at the IFA trade show that weighed just 270g. But it looks like Lenovo has already taken away Sony’s crown with the Lenovo S5000 that weighs an astonishing 246g. We hope Sony is listening.

Lenovo has launched the S5000, which it claims, weighs just 246g – making it the lightest tablet yet. However, unlike the Z3 Tablet Compact, the S5000 is a mid-range 7-inch tablet priced at Rs 10,999. Considering the budget price, it’s not surprising that the tablet is also pretty slim on features.

The S5000 features a 7-inch IPS display with a resolution of 1280×800 pixels. This is not too bad for the price and beats the first generation iPad mini. It runs on a 1.2GHz quad-core MediaTek processor backed by 2GB of RAM, so it should be fine for average use such as web browsing and light gaming. There’s a 5MP main camera and a 1.6MP rear camera for video calls, which seem fine on paper, though we can only comment on their quality once we’ve tested the tablet ourselves.

The S5000 is lumbered with a 3,450mAh battery, which Lenovo claims provides more than eight hours of battery life. It comes with 16GB of internal storage, though you can’t expand it with a memory card. The S5000 comes in a silver-coloured case that gives it a more premium finish compared with other cheap tablets available in the market.

On the downside, the S5000 runs the outdated Android 4.2 operating system. Lenovo promises a 4.3 OTA update, but even that isn’t on par with the Android 4.4 KitKat tablets that are now easily available. The Lenovo S5000 is available exclusively on Amazon India.