Lava Iris Pro 30+ review: Decent phone, but it’s in a price segment where it has stiff competition 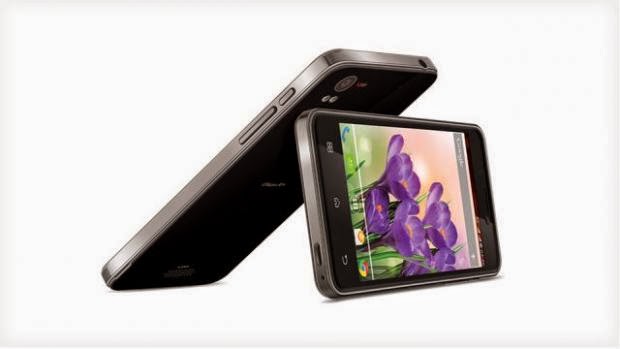 Lava had released the Iris Pro 30 back in January this year and at the time, we are talking pre-Xiaomi days, its pricing for its features was quite interesting. Lava has been aggressive with their smartphone launches since then and today we have with us the update – the Lava Iris Pro 30+ which borrows a lot from the Lava Iris Pro 30, but comes with some much needed additions. So will this be as enticing as the Pro 30? Let us find out

Design and Build
Place the Iris Pro 30 and the Iris Pro 30+ side by side, and you cannot tell one from the other. Most of the design features are identical to the Iris Pro 30. You have the similar flat-edged design with a soft plastic rear cover that is easily removable. The back cover provides a good grip and keeps the fingerprints at bay. The power/standby and volume rocker buttons are present on the right hand side. The Iris Pro 30+ employs a one-glass solution using Asahi dragon trail glass. 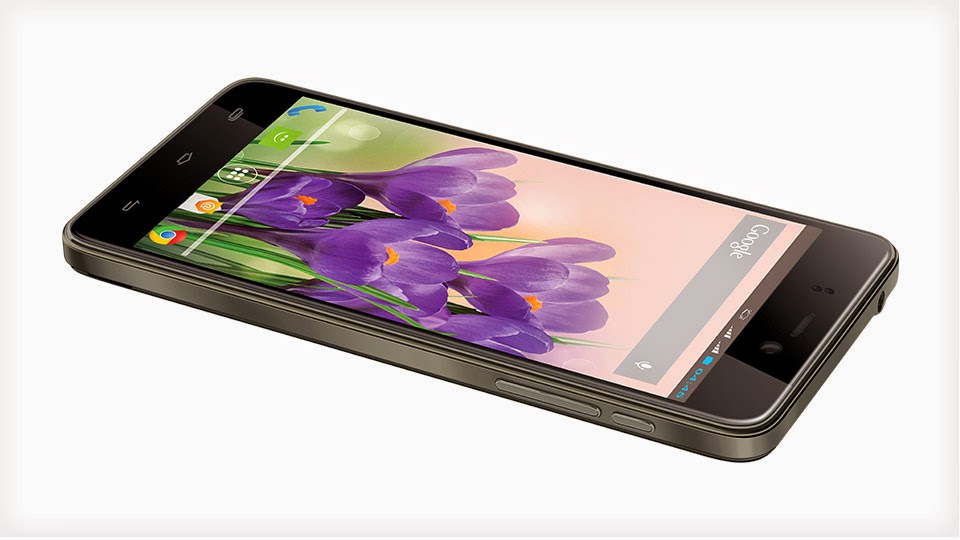 On removing the rear cover, you get the two SIM slots (micro + regular), an SD card slot and the 2000mAh battery). Lava also bundles in a faux-leather cover which has a button controlled plastic flap on the rear side which helps you dock your phone in the landscape mode. It weights 116 grams and is 7.9mm thick. 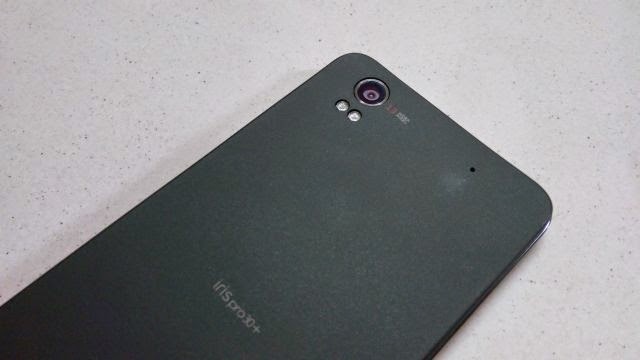 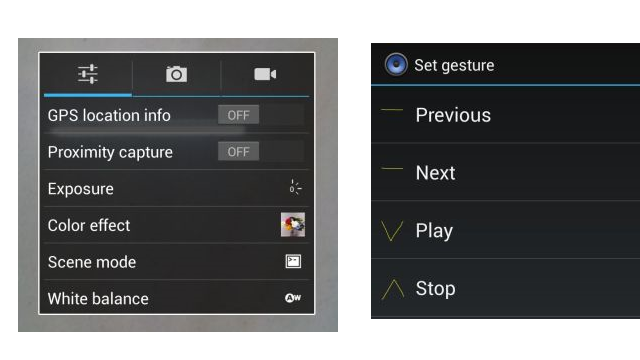 The next major improvement is in the camera department. Lava has bumped up the rear camera to a 13MP snapper. It comes paired with a two LED flash units just like the Iris Pro 30. The front camera has the same 3MP resolution.

The Iris Pro 30+ has the same ambient light sensor and a notification LED in the front, just beside the receiver speaker. You get a blue LED for alerts and orange for charging status. The capacitive buttons also work well and have a soft white backlight which is visible in the dark without being too intrusive. 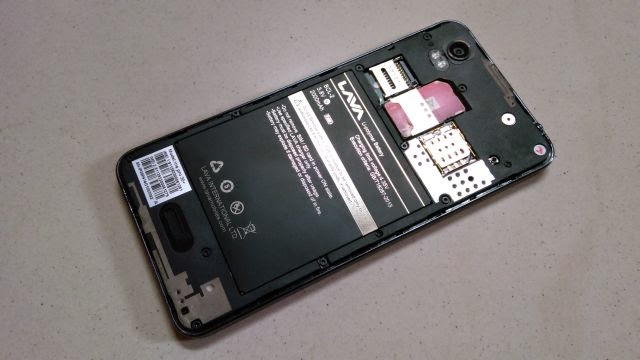 On opening the back cover you have the battery compartment, with the two SIM slots and a microSD card slot on top

The other thing that has been carried forward is the older Android JellyBean 4.2.1 OS. It would have been nice to see Android 4.4 KitKat on the 30+, not much to ask for really. To its credit, Lava has added some gesture controls for camera and music player, but you can get that from third party apps as well. The system monitoring widget in the notification bar gives you a real-time graph of CPU, memory, battery and signal usage. The picture in picture feature has been carried forward from the Iris Pro 30.

The Lava Iris Pro 30+ is a quad-band GSM and single-band 3G handset. You also get other standard connectivity features like Wi-Fi ‘n’, Bluetooth v4.0 and USB 2.0. There’s no GLONASS or NFC. You also get some smart calling features like direct calling, flip to mute and a call recorder app built in. The ear piece is loud enough and there was no distortion on higher volumes as well. You can hear clearly even on a crowded street. 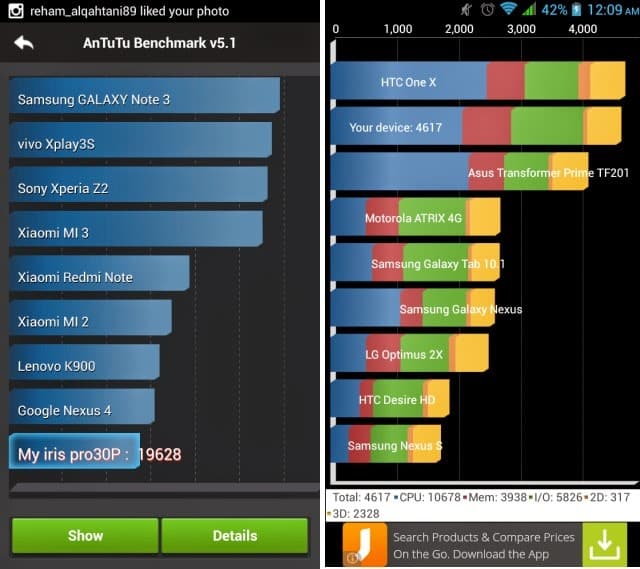 While the Iris Pro 30+ has a faster processor than its predecessor, the graphics segment is unchanged. Heavy games such as Asphalt, RipTide tend to run haltingly, obviously not able to take the heavy graphical load. But for games such as Angry Birds, Temple Run and their ilk, the phone is good. 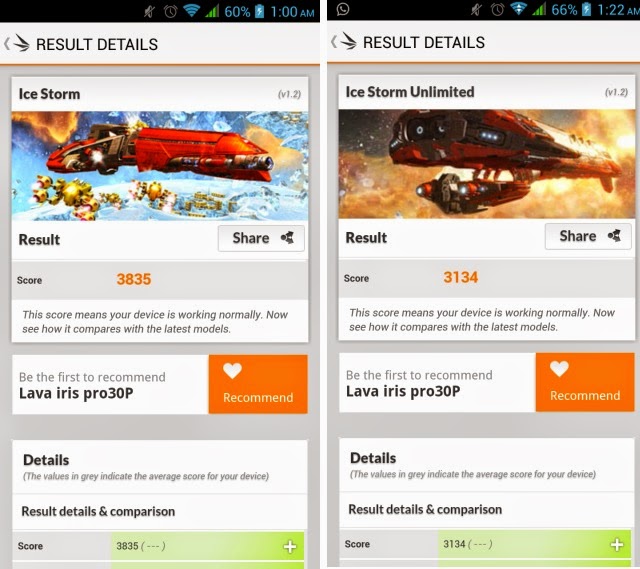 One of the major additions is the 13MP camera sensor on the rear side. We had observed in the review of the Lava Iris Pro 30, that Lava should have gone with a 13MP camera. Daylight shots were good and it is great for sharing online on your social networks. Thanks to the BSI CMOS sensor, you can get usable images under low light situations, but only if your hands are rock steady. Focus acquisition is definitely slower under low lights than during day time (which is itself slow), so that makes getting a clean low light shot challenging. Overall image quality is good, but at least a couple of seconds pass by from the moment you tap to focus, and the camera is ready to take a show. This can be frustrating if you are into street photography, where AF speed matters to get that moment.
PS: The images below have been resized. Please click on the images to get a high resolution view of the images.

Colours are captured well, but there is definitely loss of detail around the edges 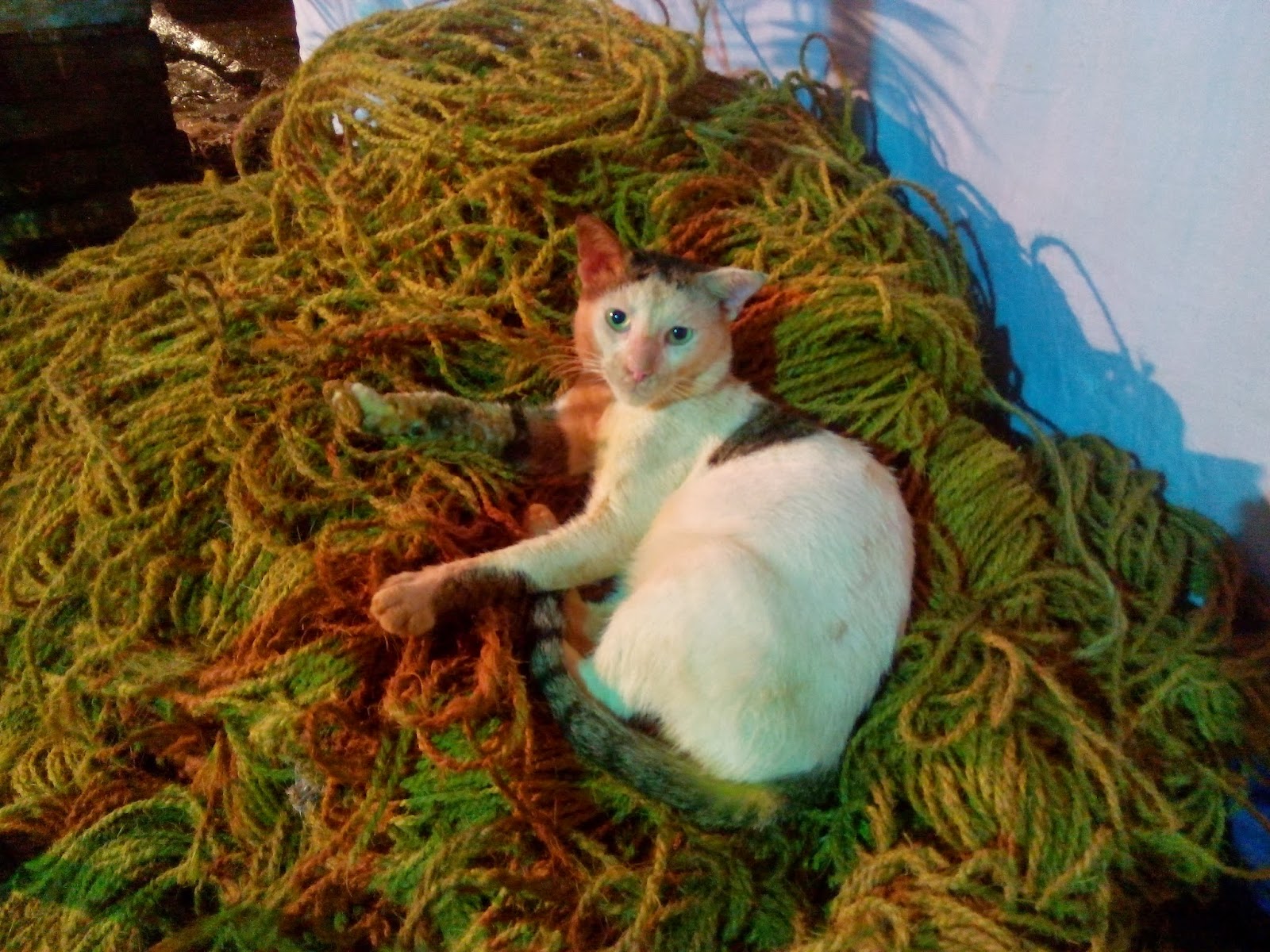 Shot in ambient light, the BSI sensor is able to capture enough detail for sharing online. 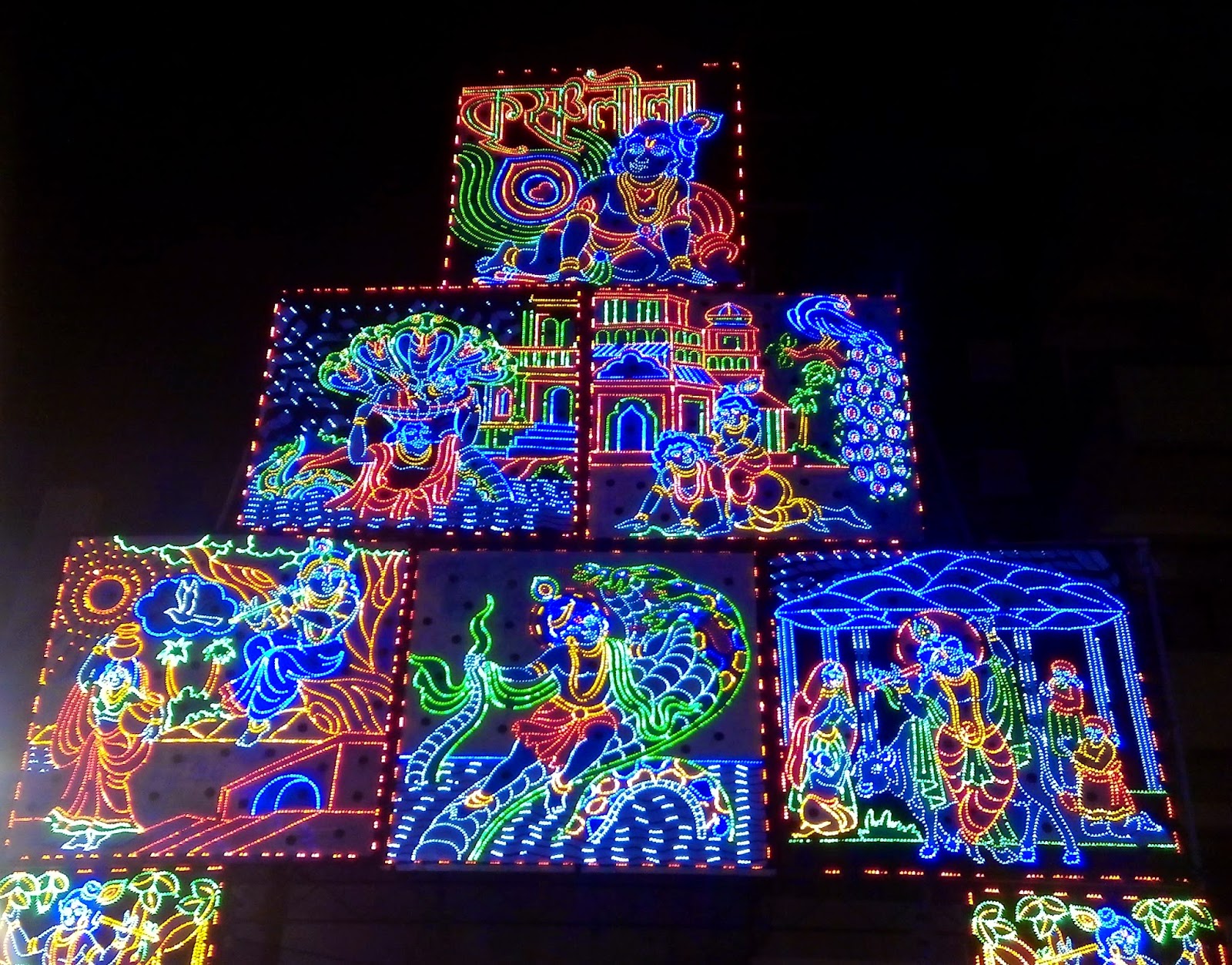 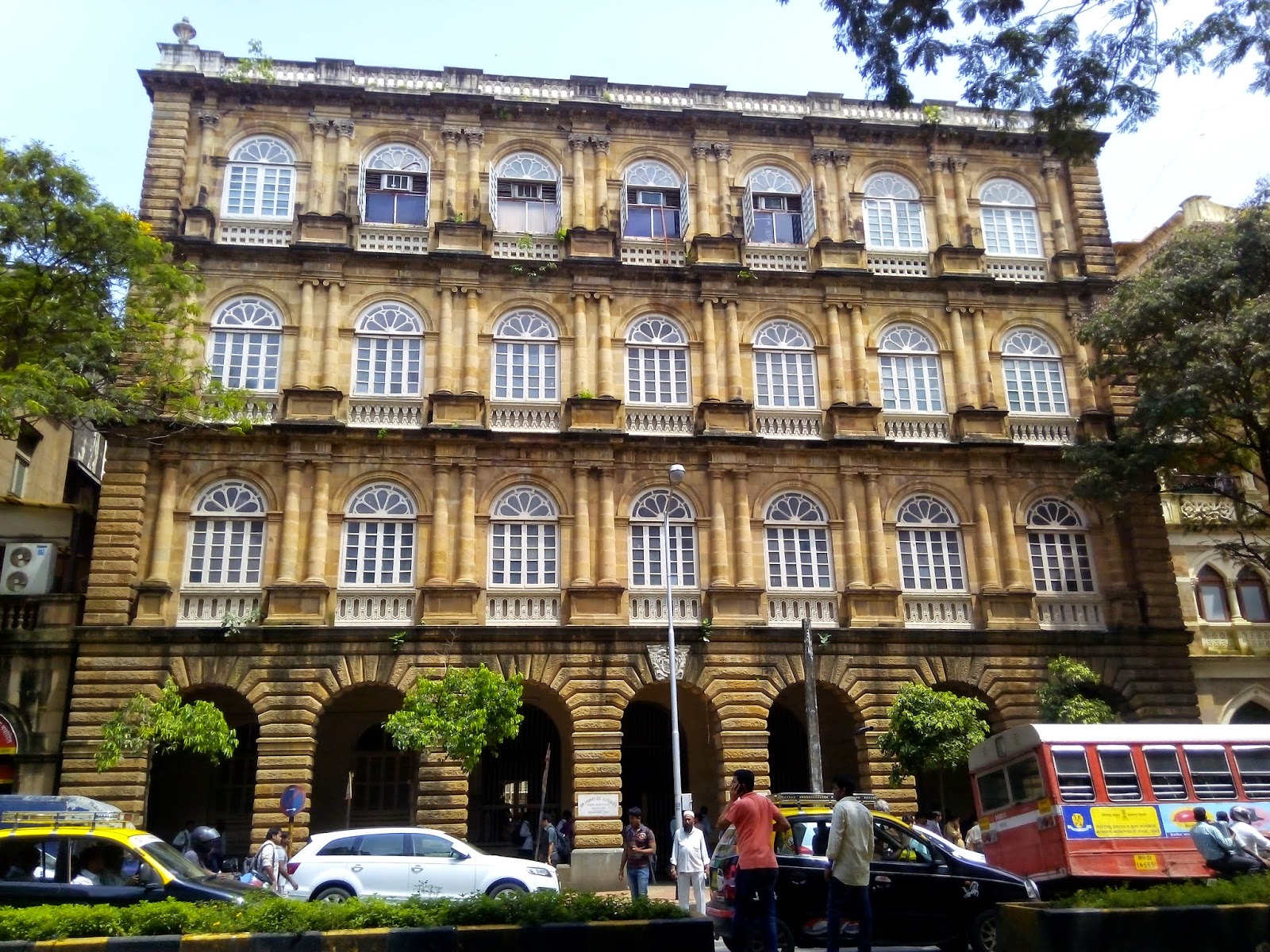 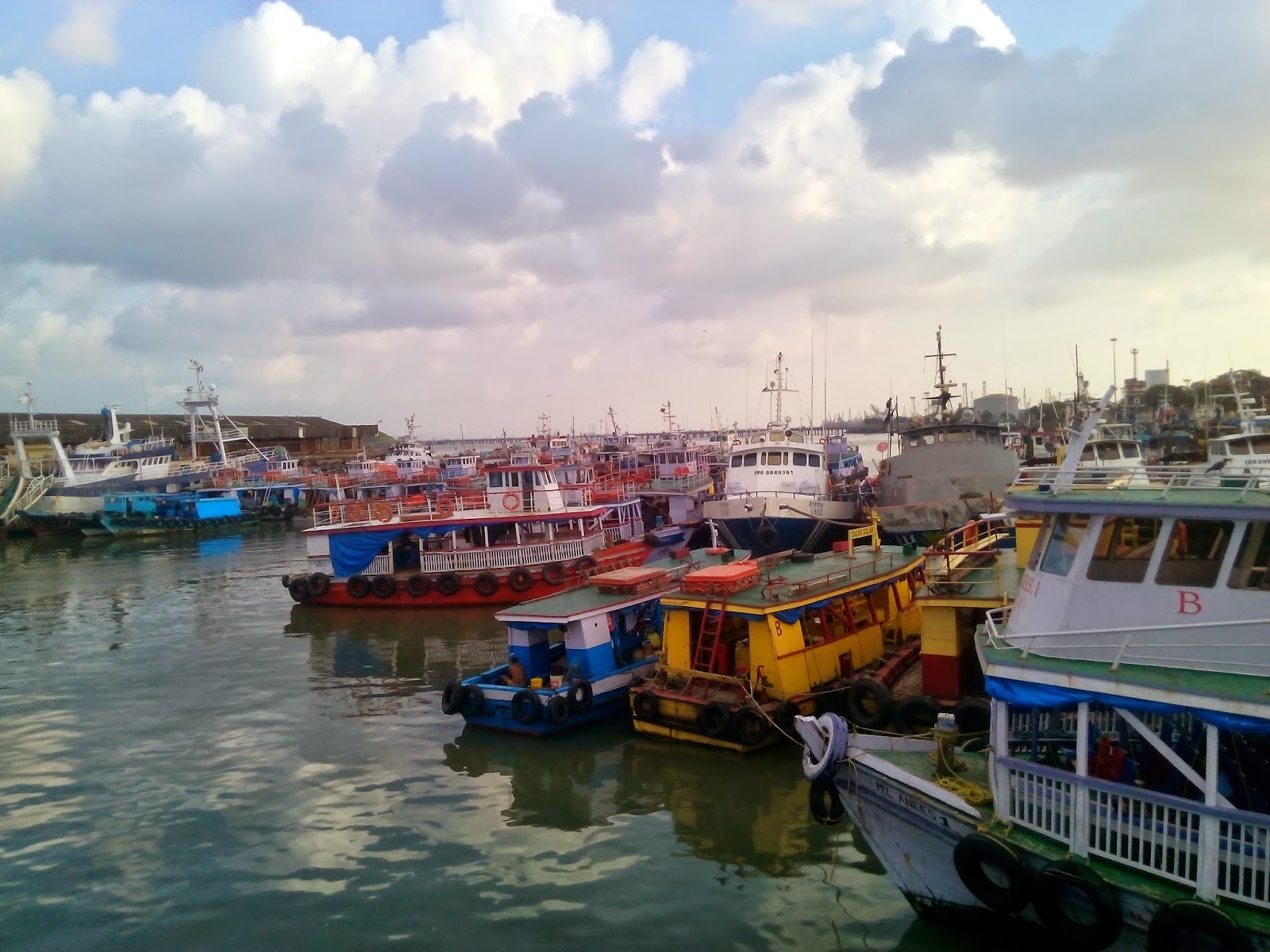 The camera is capable of shooting HD videos and that gives a decent output, but indoor videos tend to pick up noise. There is a time-lapse mode, gesture powered shutter mode and other fun modes to play around with. The unit we got had a bug, which tended to show an 18MP setting under resolution. It is not true 18MP and although the resolution adds up to 18MP, the image is clearly extrapolated. The 3MP front camera is good for selfies only in daylight, shooting selfies indoors or in dimly lit restaurants is futile.

We ran our 8 hour battery loop test and the Lava Iris Pro 30+ still had around 31 per cent remaining, which is good. The 2000 mAh battery will easily last you for a single working day. It does not come with any native battery saving app.

Lava Iris Pro 30+ is priced at Rs 11,990 and for the features and performance on offer, it is a decent price. But with the Xiaomi Mi 3 expected to start selling again by Diwali and the new Moto G also out, the Iris Pro 30+ surely has some competition as just for Rs 2,000 more, you are getting faster devices with full HD screens and the latest Android 4.4 KitKat OS. Lava still using the dated Android 4.2 is a big chink in its armour. Overall a decent phone, but it is in a price segment where there is some stiff competition.