Latest leak reveals Samsung Galaxy S8+ logo, which is expected to be large screen variant of the S8 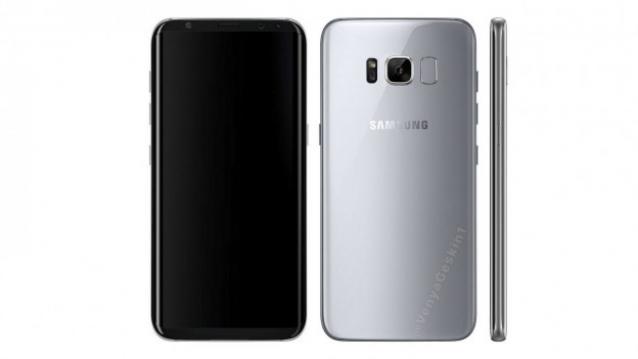 Looks like the speculations around Samsung’s next flagship phone having a large screen variant are indeed true. The details of Samsung Galaxy S8+, the large screen version of the upcoming flagship Galaxy S8, is expected to be launched at an event in New York on 29 March.

Prolific tipster, Evan Blass, has tweeted out the logo of the Galaxy S8+. From the tweet it seems like the Galaxy ‘edge’ line will be eschewed in favour of the ‘+’ variant. Nothing is confirmed as of now though.
In a comment to one query on the launch date of the phone, Blass has commented that it will launch on 29 March and release on 21 April.

Both the Samsung Galaxy S8 and the alleged S8+ are expected to come with Samsung Bixby, the new digital assistant which will launch alongside these flagships with support for up to eight languages.

So far according to leaks, it is known that Samsung Galaxy S8 and S8+ will be the first phones to feature the Qualcomm Snapdragon 835 chipset.

Both smartphones will be powered by Qualcomm Snapdragon 835 along with Samsung Exynos versions according to the region.

The battery capacity of both smartphones indeed sounds like a bump up from the previous models, which featured 3,000mAh and 3,500mAh batteries respectively.

A tipster claiming to be a Samsung employee revealed some details of the S8’s hardware in a series of tweets. For a start, he mentioned that the S8 might not be coming with an IMX 204 Sony sensor as was originally expected. He also adds that there might be a dedicated 6GB RAM variant with an Exynos processor coming to China.

He suggests that there will be 6GB RAM / 64GB storage and a 6GB RAM / 128GB storage variants available in China. Given Samsung’s history, it’s likely that this is the version we’ll see in India.
The western version of the smartphone will feature the Snapdragon 835 and possibly, a special, 256GB variant. We’ve also heard that Samsung is stockpiling Snapdragon 835 chips and that no other manufacturer has access to those chips.