Is someone stalking you? SnoopSnitch app will keep a track for you 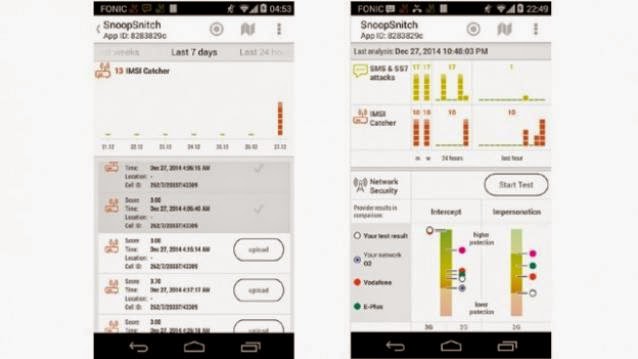 A new app called SnoopSnitch can detect International Mobile Subscriber Identity (IMSI) catchers by keeping a tab if someone is spying on you.

One way in which such hackers get access to such information is by using IMSI catchers or ‘stingrays’.

SnoopSnitch can detect IMSI catchers and warn smartphone users if their devices are giving up their personal information and connecting to them. The app scans for signals that indicate a switch from a legitimate tower to a ‘stingray’, where information may be being collected.

The app currently works with Android handsets that have Qualcomm chips inside such as Sony and Samsung Galaxy models.

Recent reports suggest that, new Strings messaging app allows users to delete ‘sent’ messages, photos. The app combines granular control over who sees what with multi-conversation context and rich media to create a simple and intuitive way to have interactive, personal conversations.

Control starts with allowing users to easily select who to start conversations with. Users can add or remove people at any time for the ultimate confidence in who sees their content.