iQOO 9 series will have a 50MP Samsung GN5 camera and a 150-degree ultrawide-angle lens, according to reports 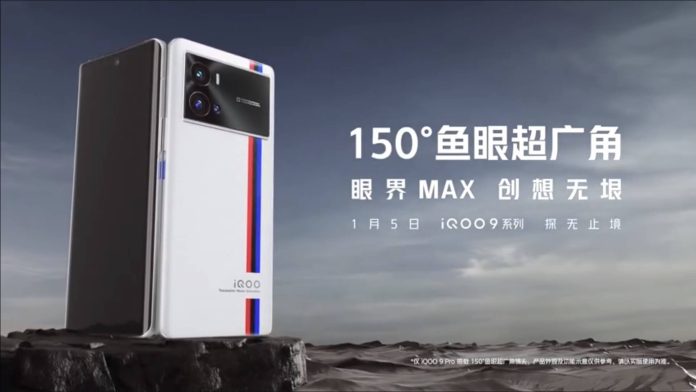 The iQOO 9 Series Camera has been officially revealed, and it will include a 50MP Samsung GN5 sensor.

Vivo’s sub-brand iQOO will launch the iQOO 9 series on the market on January 5. For a few weeks, rumours regarding the smartphone have been circulating, and there has been a lot of talk about it on the internet. On Weibo today, the company disclosed the camera specifications of the upcoming iQOO 9 series. The smartphone will contain a primary camera with a 50MP ISOCELL GN5 sensor from Samsung and a secondary camera hidden behind a 150° super-wide-angle lens.

According to the brand, the iQOO 9 series will be the first in the world to feature the 50MP GN5 sensor, and a poster it released displays a 7P lens with gimbal stabilisation. According to the ad, the iQOO 9 Pro will also have micro-PTZ 2.0. The iQOO 9 Pro will also include a 50-megapixel Samsung JN1 ultrawide lens with a 150-degree field of view, as well as an OIS-assisted 16-megapixel telephoto camera with 2.5x optical zoom. Meanwhile, the iQOO 9 is claimed to include a 50-megapixel Samsung GN5 main camera, a 13-megapixel ultrawide camera with a 120-degree field of view, and a 12-megapixelS Sony IMX663 telephoto sensor.

The 120W GaN charger provided with the iQOO 9 Pro will be smaller and weigh 35 grammes, according to iQOO, compared to the previous generation’s adapter.

Previously, iQOO indicated that the iQOO 9 series will include a 4,700 mAh battery, but did not clarify whether this battery would be included in both the vanilla and Pro varieties, or if it would only be found in the iQOO 9 Pro. 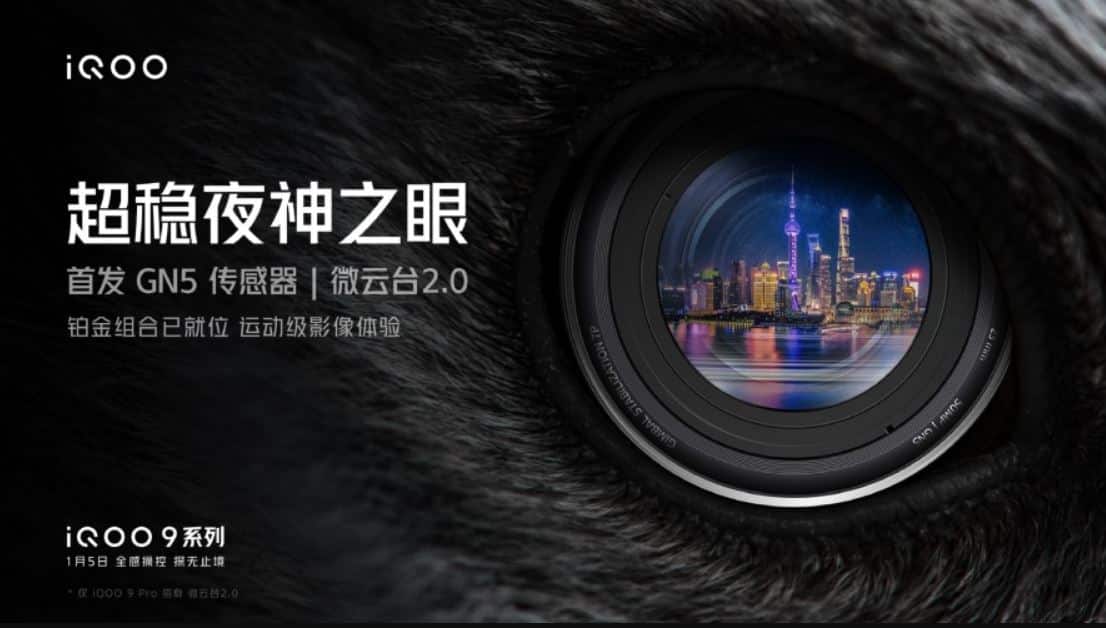 The Snapdragon 8 Gen 1 processor will power the iQOO 9 and 9 Pro. Both models are likely to include up to 12 GB of LPDDR5 RAM and Android 12 as their operating systems. A 6.78-inch curved edge AMOLED LTPO display with a QHD+ resolution and a refresh rate of 120Hz will be included in the iQOO 9 Pro. The iQOO 9 is rumoured to have a 6.78-inch FHD+ 120Hz flat AMOLED display. The Pro model will come with an ultrasonic in-screen fingerprint scanner.