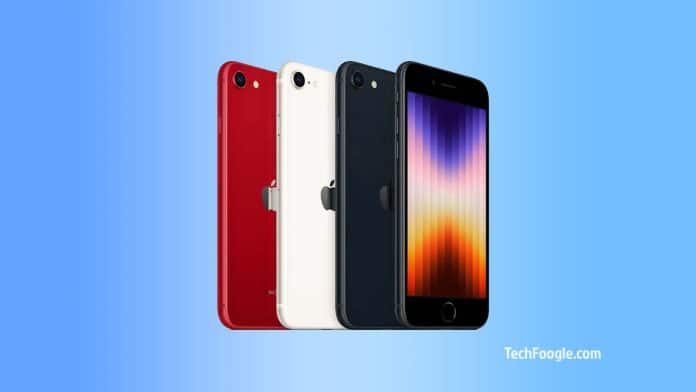 Launch of the iPhone SE 3 (2022) with 5G connectivity and the A15 Bionic Chip: Price and Specifications

Price and availability of the iPhone SE 3 (2022) in India

The new iPhone SE is available in Midnight, Starlight, and (PRODUCT) RED colours and will be available for pre-order in locations like India beginning this Friday, with availability beginning March 18.

The iPhone SE (2022) is powered by the A15 Bionic processor, which is also found in the iPhone 13 series. The A15 Bionic chip found in the new iPhone SE is said to provide up to 1.8 times faster CPU performance than the iPhone 8. It also includes features such as Live Text. Like the previous iPhone SE, the new iPhone has a single 12-megapixel camera sensor on the rear with an f/1.8 lens. The rear camera sensor, on the other hand, has been upgraded, featuring better visual processing.

Deep Fusion is one of the capabilities supported by the back camera of the iPhone SE (2022). It also supports 4K video recording at up to 60 frames per second and Smart HDR 4 for still images. A sapphire crystal lens cover protects the camera as well.

The iPhone SE (2022) has a FaceTime HD camera on the front for selfies and video conferencing.

The iPhone SE (2022) has 5G, 4G VoLTE, Wi-Fi 5, Bluetooth v5, GPS/ A-GPS, NFC, and a Lightning connector for connection. An accelerometer, ambient light sensor, barometer, three-axis gyroscope, and proximity sensor are among the sensors onboard.

The iPhone SE (2022), like the previous model, has a Touch ID button with a fingerprint sensor for biometric authentication. The new iPhone SE is said to have an “all-day battery life,” however Apple has yet to divulge specifics. The iPhone SE (2020), on the other hand, is rated to provide up to 13 hours of movie playing and 40 hours of music playback on a single charge.