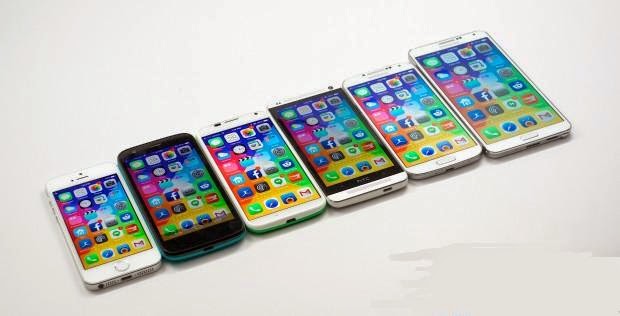 Rumors point to two iPhone 6 models for 2014, including one with a 4.7-inch display. This rumor specifically addresses the 4.7-inch size iPhone, which is not a surprise considering a larger 5.5-inch model may not come until later in the year.

Apple normally releases a new iPhone every year and it looks like Apple is planning to deliver a new look and design for the iPhone 6 in 2014. The 2014 iPhone design will likely feature a thinner design and power button placement to deliver easier access with a larger display.

Another rumor suggests Apple is ready to deliver an iPhone 6 release in September.

A new report on the Industrial Commercial Times, spotted by Macotakara, claims Pegatron earned 15% of Apple’s iPhone 6 shipments for a 4.7-inch iPhone model. Pegatron is a manufacturing company in China that currently handles iPhone 5c and iPhone 4s production from Apple. The company will reportedly manufacture 50 million iPhones total in 2014.

A report from early January claimed Pegatron would be responsible for 50% of Apple’s iPhone 6 production, so this is a big step back from that early rumor. As we move closer to the rumored iPhone 6 release date it is expected to see details change as more realistic information emerges. This rumor is still far from concrete, but it is another hint at a September iPhone 6 release date.

iPhone 6 rumors picked up in 2013 as analysts speculated that Apple could deliver an iPhone 6 release date as early as the start of the year or in the summer, but as 2014 wears on analysts and rumors are pointing to a fall release schedule. Once we move past WWDC 2014, that starts on June 2nd, the rumors will likely match up even further.

Apple is likely ready to deliver an iOS 8 beta to developers so that they can prepare apps to run on the new system. Regular users can pay $8 to join as a quasi developer and try out iOS 8 early, but don’t expect a major public beta.

In addition to showing off iOS 8 at this conference Apple should announce OS X 10.10, which one recent report suggests is taking precedence with Apple pulling some iOS developers over to this new version of Apple’s desktop software. Rumors point to a redesign that is closer to iOS 7′s flat look, but still a very desktop experience.
Seven analysts, publications and reliable sources claim Apple is planning a fall iPhone 6 release. The actual date shifts between August and September, but most agree on a September iPhone 6 release date following a big event for the bigger iPhone.

There is no shortage of iPhone 6 rumors, and it looks like the 4.7-inch iPhone 6 release should arrive around Apple’s regular release cycle. The larger 5.5-inch iPhone 6 model that is rumored for 2014 could come later. Multiple reports suggest Apple will need to shift this device to the holiday shopping season while it irons out issues with the display or the battery.

Rumors agree on a general iPhone 6 release window and on screen sizes, but there is still speculation about the new resolution for the iPhone 6 displays with 1334 x 750 to 1920 x 1080 rumored for the various models. Many leaks suggest Apple is planning a new design with curved edges and a thinner design that may be 6-7mm thick compared to 7.6mm for the iPhone 5s. Apple may deliver a better camera experience with some form of optical image stabilization, but don’t look forward to a major boost in megapixels.

Apple stock (AAPL) crept up over $600 for the first time since November 2012, just months after the company announced the iPhone 5. Shortly after this release an internal document shows Apple knew consumers wanted a bigger display and other features. Investors appear frustrated with the slow pace of new products, and Apple’s preference to group many new announcements into the second half of the calendar year. Apple dipped back below $600 in trading this morning.