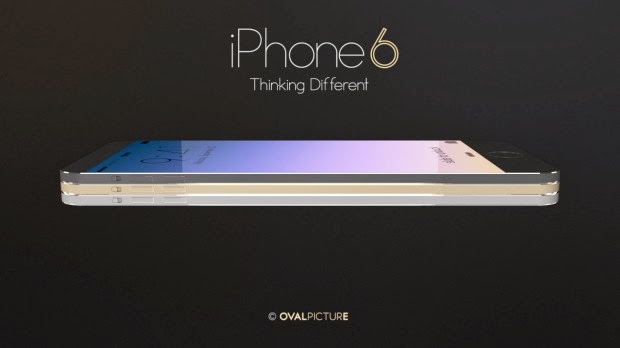 At some point this year, Apple’s 2014 iPhone which is rumored to be the iPhone 6 should face off against a new Nexus smartphone. While details are scarce, particularly for the Nexus 6, that hasn’t stopped designers from dreaming up their own iPhone 6 and Nexus 6 concepts and today, two more stunning renders have emerged.

For the past five years, Apple and Google have
released competing flagship smartphones. For Apple, that device is the iPhone, the iconic smartphone it first launched years ago, a device that jump started the current era of smartphones. The company’s most current iPhone, the iPhone 5s, launched back in September but already, there are rumors that it will be getting replaced sometime in 2014.

Google’s once-a-year smartphone is the Nexus, a device that comes with a sleek design, vanilla Android, high powered specifications, and an affordable price tag. Recent chatter suggests that this year’s Nexus, currently dubbed Nexus 6, could be made by Lenovo and could be the last Nexus smartphone before Google closes up shop.

What this means is that there is certainly a lot of potential for an Apple iPhone 6 and a Google Nexus 6 to cross paths later this year. And given the high profiles of both of these devices, it’s no surprise that we’re already seeing designers dream up their own ideas for these two big name smartphones.

We’ve seen some beautiful iPhone 6 concepts emerge in the last few days, concepts that are based on some of the iPhone 6 rumors that have leaked out in recent weeks. Today’s iPhone 6 concept, from Ovalpicture, is another look at how Apple could incorporate a larger screen on its new iPhone.
The concept, which can be seen in the video below, utilizes a metal design that measures a mere 6.1mm thin. That’s much thinner than the iPhone 5s which checks in with a 7.6mm frame. The display is an odd 5.1-inches in size, a little off from the rumors that center around 4.7-inches and 5.5-inches for two iPhone 6 models.


The Wall Street Journal believes the company will deliver a 4.5-inch and a 5+-inch iPhone 6. NPD DisplaySearch believes that two iPhone 6 models with higher resolution displays will be coming in 2014. A KDB Daewoo Securities report uncovered by OLED-Display includes two iPhone 6 display sizes. Ming-Chi Kuo of KGI Securities, who accurately predicted many iPhone 5s features, thinks Apple is planning an iPhone 6 with a screen between 4.5-inches and 5-inches.

Farahi’s iPhone 6 concept also sports a number of other high-end features including what appears to be Touch ID embedded in the home button. Touch ID is rumored for the iPhone 6 and production is said to be starting later this year ahead of a Q3 release.

It’s not clear how Google’s Nexus 6 will stack up next to the iPhone 6 though consumers should expect a device that features many of the bells and whistles that arrive on big name Android smartphones in 2014. Google historically has loaded up its Nexus smartphones with big time features that accompany their solid designs and cheap price tags. 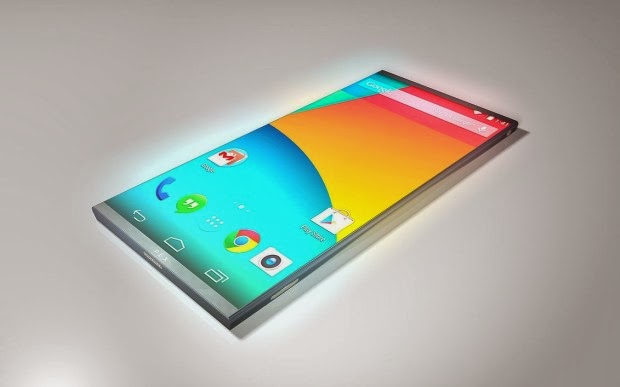 A new Nexus 6 concept from Deviantart user StonGreen shows what a Nexus 6 could look like with a beautiful metal design, similar to a Sony Xperia design, and a large edge-to-edge display. It’s a departure from Google’s usual plastic Nexus designs but consumers likely would not complain if Google took an Apple-like approach with the next Nexus’ form factor.

Google typically does not release its Nexus smartphones until late in the year, the Nexus 5 arrived in November, so it’s possible that the Nexus 6 will arrive late in 2014. iPhone 6 rumors point to a release in the summer or the fall, just like all previous iPhone models, which could mean that we’ll have our first look at the real iPhone 6 ahead of Google’s Nexus 6.

Until then, designers will continue to dream up their own iPhone 6 and Nexus 6 concepts for consumers to fawn over. 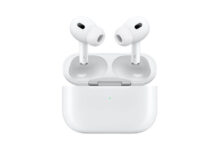