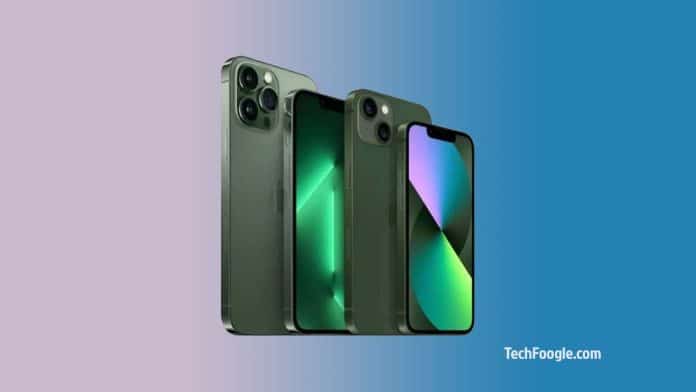 iPhone 13 series Green Color Option: Apple has introduced a new colour choice for its iPhone 13 series, which was leaked hours before its debut. The iPhone 13 and 13 mini now come in a new green hue, while the iPhone 13 Pro and 13 Pro Max also come in Alpine Green. Here are all the specifics.

The iPhone 13 Series now come in a new Green Color

iPhone 13 Series Specs in a Nutshell

The display of the iPhone 13 and 13 Pro is 6.1-inch Super Retina XDR. The 13 micro features a 5.4-inch screen, while the 13 Pro Max has a massive 6.7-inch screen. The iPhone 13 Pro variants also include a ProMotion display with an adjustable refresh rate of 120Hz. The iPhone 13 series has an A15 Bionic chipset, iOS 15, and other features.

The iPhone 13 Pro variants have 12MP triple rear cameras and a 12MP front camera, as well as camera capabilities such as Cinematic mode, macro photography, LiDAR sensor support, enhanced Night mode, ProRES, and sensor-shift OIS, among others. The iPhone 13 and 13 mini boast two 12MP cameras on the rear, as well as sensor-shift OIS, Cinematic mode, and a slew of other features. All iPhone 13 versions have better battery life, IP68 water resistance, and other features.