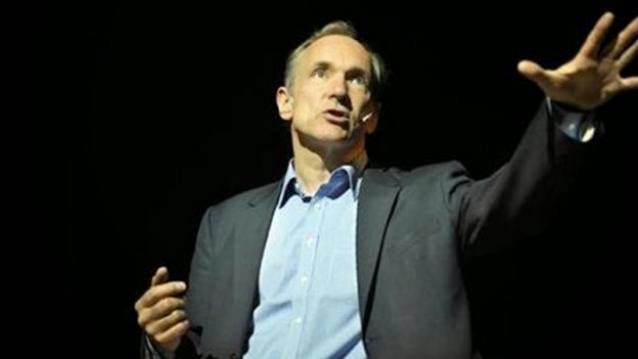 The inventor of the World Wide Web said on Thursday that Russian President Vladimir Putin was incorrect when he alleged the Internet was a project created by U.S. spies in the Central Intelligence Agency.

Putin, a former KGB spy who does not use email, has said he will not restrict Internet access for Russians, but in April he stoked concerns that the Kremlin might seek to crackdown by saying the Internet was born out of a “CIA project”.

“The Internet is not a CIA creation,” Tim Berners-Lee, a London-born computer scientist who invented the Web in 1989 – the year that the Berlin Wall collapsed – told Reuters when asked about Putin’s CIA comment.

Berners-Lee said the Internet was invented with the help of U.S. state funding, but was spread by academics.

“It was the academic community who wired up their universities so it was put together by smart, well-meaning people who thought it was a good idea,” he said.

Berners-Lee has previously scolded the United States and Britain for undermining the Internet’s foundations with their surveillance program.
He has also called on China to tear down the “great firewall” that limits its people’s access to the Internet.

Asked about his World Wide Web Foundation’s rankings of the way 86 countries approach the Internet, Berners-Lee said the Internet should be recognized as a human right and protected from commercial and political interference.

Ethiopia and Myanmar were bottom of the list while Denmark and Finland topped the rankings, which score access, freedom and openness, relevant content and social, economic and political empowerment.
Britain came fourth, the United States was sixth, Russia was ranked 35 and China 44.

In reference to the use of the Internet to spread militant Islamist propaganda, such as films showing the beheading of Western journalists in Syria, Berners-Lee said the Internet’s use reflected the condition of mankind.