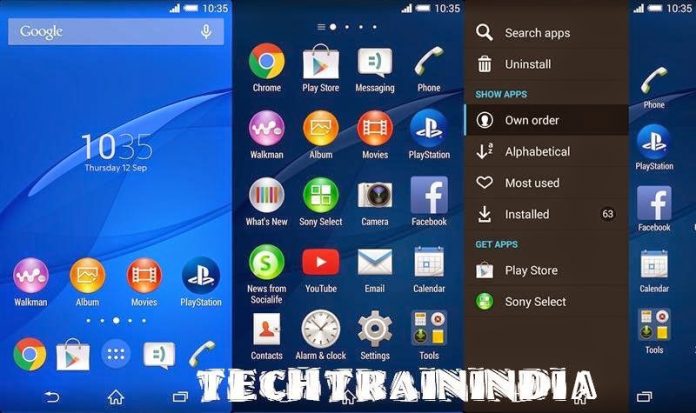 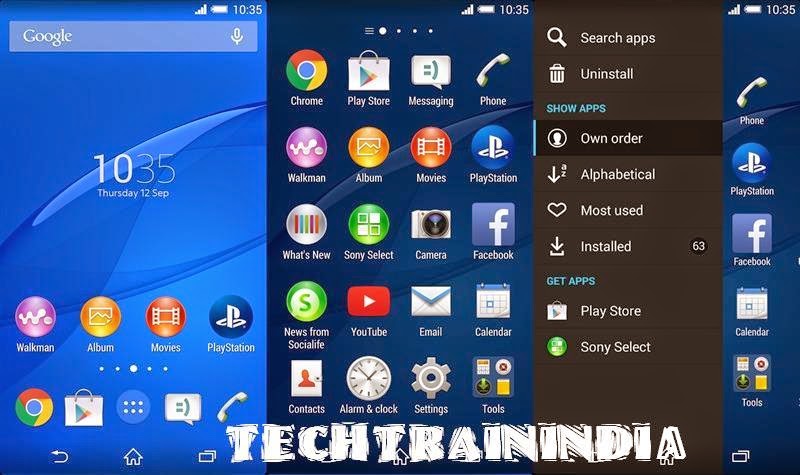 When it comes to releasing their flagship devices, most Android manufacturers do it on yearly basis. However, the Japanese OEM Sony has adopted a different path by coming up with a new flagship bi-annually. The company launched its new flagship the Xperia Z3 along with the Xperia Z3 tablet and some other devices. While in most cases. Android enthusiasts start looking for the wallpaper and media files from newly launched devices, it’s only when Sony releases its new phones that our mouths start watering to taste the new home launcher, apps and widgets too.

Just a week ago, we shared the all new stock wallpapers, tones and a few other goodies from the Xperia Z3. Actually, Z3 comes with little improvements over its predecessor the Xperia Z2, whether it be the hardware specs or software enhancements. While it seldom happens that the apps found on devices by OEMs like Samsung, HTC, LG, Motorola, etc. are ported to work on almost all Android devices, our developers somehow manage to port Xperia apps for  one and all.

If you own a non-Sony device and have a desire to try the new apps and widgets from the Xperia Z3, you do not need to wait anymore. XDA member Ben Ling has successfully ported a bunch of Sony Xperia Z3 apps to work on almost all Android devices running Android OS version ranging from 4.1 Jelly Bean to the latest 4.4 KitKat. So, for most you reading this post compatibility should not be any issue!

If you want to grab the ported Xperia Z3 home launcher and widgets and apps like Sony Walkman, Album, Movies, audio recorder, keyboard, Sony Sketch and others, just hit the download links below. The good thing that, all apps are available as APKs which simply means you do not need root access or a custom recovery to install them. Just copy the APKs to your device and install them as you install any other app.

For Android 4.4 Kitkat and above

For All Android Versions