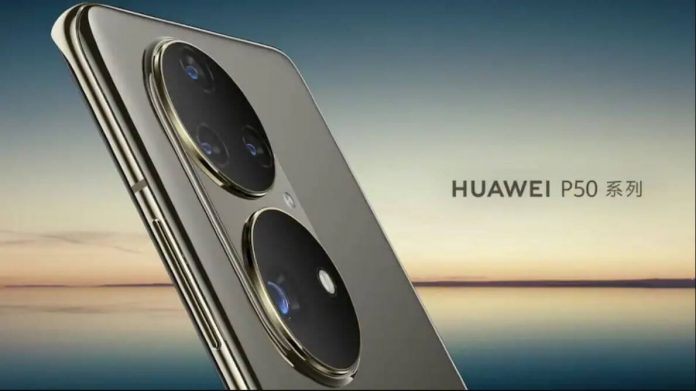 The Huawei P50 series is expected to include a twin ring camera and a curved-edge display, according to rumors.

The global debut of Huawei’s P50 series has been confirmed, according to reports. The Chinese manufacturer’s new smartphone series will be available in China on July 29. It’s said to include Leica optics and HiSilicon Kirin 9000 and Qualcomm Snapdragon 888 processors. The Huawei P50 series is expected to include the Huawei P50, Huawei P50 Pro, and Huawei P50 Pro+, as well as the Huawei P50. A quad rear camera system and a periscope lens are anticipated on the top-end model.

According to GSMArena report, the P50 series will be released internationally, citing a company representative in Finland. However, no specifics regarding the launch have been provided.

Huawei confirmed on Weibo earlier this week that the P50 series will be released in China on July 29. On one of the P50 variants, the firm also published a teaser video that shows off the Leica-backed optics and a 125mm periscope lens with an f/3.4 aperture. Last year, the Huawei P40 Pro+ was released with a comparable 125mm lens that allowed for 10x optical zoom.

The teaser video also hinted at the upcoming Huawei phone models having curved edges and metal construction. It also implies a dual-ring camera configuration, which has been rumored previously.

Huawei’s P50 series is also said to use a patented liquid lens technology for millisecond-level focusing. Hole-punch screens and 5G compatibility are also expected in the company’s next smartphone models. Huawei’s own HarmonyOS is also expected to deliver certain customized experiences.

The Kirin 9000 is anticipated to power the P50 series in China, but the Snapdragon 888 SoC might power worldwide models. There may also be certain 4G-only versions designed for international markets.

Huawei released the P40 series in China last year, which comprised the P40, P40 Pro, and P40 Pro+. All three phones used the Kirin 990 SoC and 5G connectivity. In March of this year, Huawei added the P40 4G version to its P40 line.