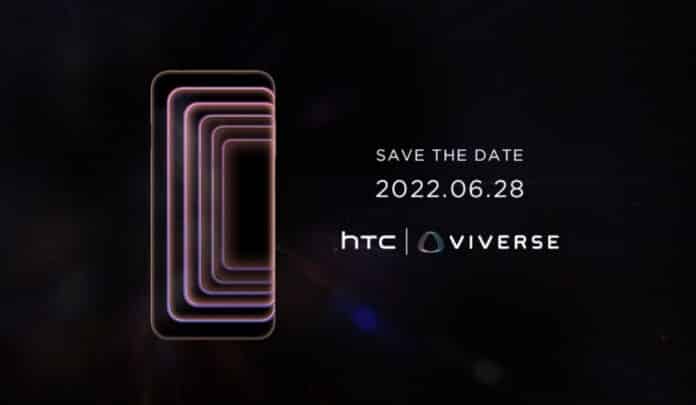 HTC revealed in March that it planned to revitalize its smartphone market with the release of a high-end smartphone focused on the current buzzword (yep, you guessed it!) — the metaverse. However, we never heard anything about it, and it was eventually postponed. The business has now stated that the smartphone will be available this month.

HTC has announced that the ‘Viverse’ smartphone will be available in Taiwan on June 28. However, the business has not provided any other information regarding the smartphone.

For all we know, it will have AR/VR capabilities as well as support for metaverse functions. Furthermore, the phone might have HTC’s open-source metaverse platform, Viveverse.

Considering the company’s presumably strong position in the virtual reality space, we may anticipate the phone to have exciting metaverse capabilities. The pricing of the item is likewise believed to be in the high-end bracket. As a result, it’s expected to launch with a high-end MediaTek or Snapdragon CPU and a slew of high-end features.

The HTC Viverse is the company’s first high-end smartphone in years. Following that, the business released the blockchain-focused Exodus 1 and Exodus 2, as well as a few mid-range models in specific areas. The new phone may help it reclaim its position in the smartphone industry, but we’ll have to wait and see if this is the case.

We do not know whether the Viverse smartphone will be exclusive to Taiwan or will be released in other countries. At the time, the details are scarce, and only HTC can shed some light on the situation. To obtain a better picture of the new HTC phone and its future intentions in the smartphone market, you should wait until June 28. Stay tuned for further information.