HTC U 11 flagship shows up on GeekBench; Cannot defeat the Exynos-powered Galaxy S8 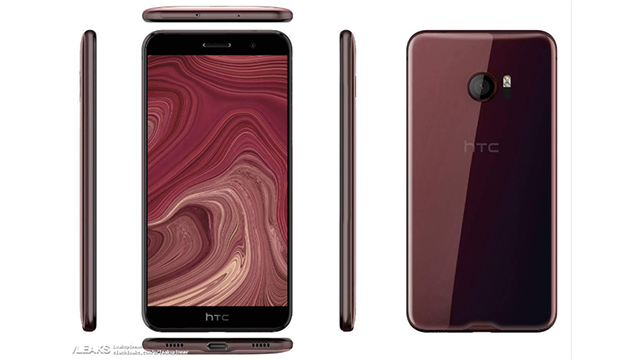 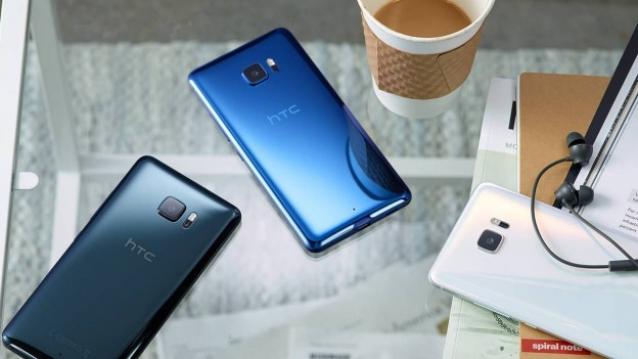 There have been plenty of rumours about HTC’s upcoming flagship which has now been tagged as the HTC U11. The flagship had leaked out several times in the past, and now as the launch nears, HTC too has started putting up teasers showcasing some brand new hardware features. But how does it perform and what hardware does it pack in? While previous leaks hinted at some big numbers and up to date specifications, a new GeekBench result gives us a reality check.

Thanks to a report by DroidHolic, a Geekbench result has leaked out online, where the HTC U11 flagship does not fair too well against the Samsung Galaxy S8. We are not talking about the Snapdragon version of the S8, but the Exynos version, which is a faster than the former.

The Geekbench scores belong to a smartphone tagged as the HTC CBP (or HTC U 11). It packs in a Snapdragon 835 clocked at 1.90GHz but only 4GB of RAM (we are guessing that there is a 6GB RAM model as well). The results from the leaked screenshot show a single-core score of 1912 and a multi-core score of 6137. 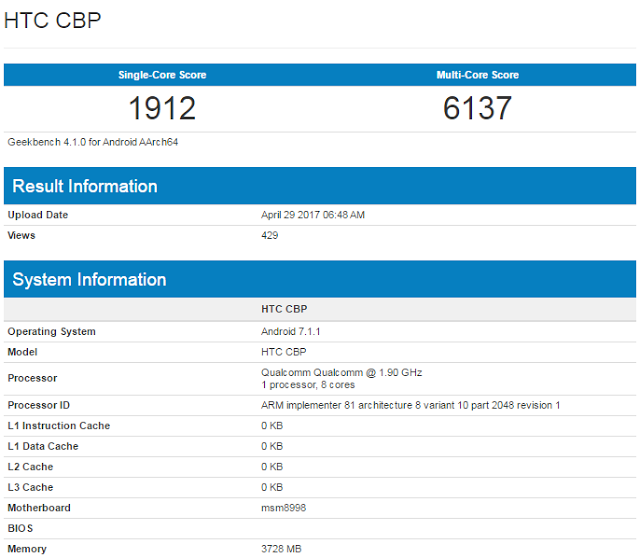 According to GSMArena, the Galaxy S8 with a Snapdragon 835 chip scored a single-core score of 1832 and a multi-core score of 6301.

Compare this to our own benchmarked numbers, where the Exynos version of the S8 scored 2020 in the single-core test and 6730 in the multi-core test. In short, the Exynos variant of the Samsung Galaxy S8 is still the king, when it comes to Android smartphones in Geekbench scores. Sadly, it fails against the 7 month old Apple iPhone 7 Plus.

Since we are talking Geekbench scores here, a device tagged as the iPhone unknown showed up on GeekBench last week. It featured an abnormally long display and if our guesses are right, it could be the new iPhone 8 that Apple is working on.

If the leaked screenshot turns out to be a genuine one, this iPhone 8 prototype has scored a massive 4,537 on a single-core, while the multi-core results go all the way up to a stunning 8,975.

As per previous leaks, the sensors on the HTC U11 are based on the top half of the frame that surrounds the display. The touch-sensitive frame will basically allow users to adjust volume or open apps, depending on the pressure or the gesture. In short, this could be the world’s first smartphone without any buttons. 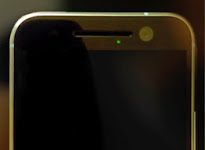 HTC One M10 image leaked, hints at One A9-like design