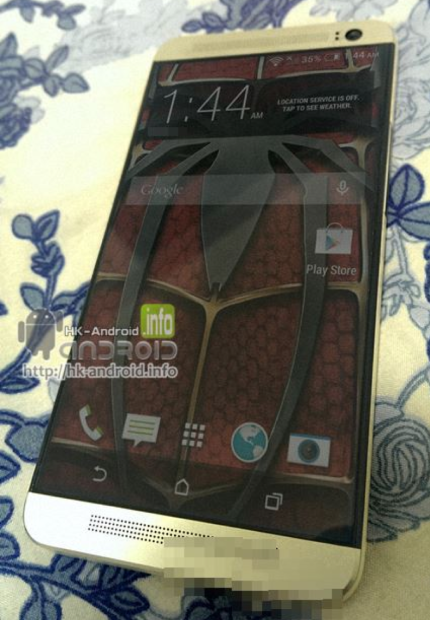 Following a successful launch of the HTC One last year, the company is preparing to release a brand new and improved version for 2014 full of new features and improvements across the board.

Lately we’ve seen additional leaks, rumors, and even photos of the purported HTC M8 almost daily, and today is no different with another pair of photos making the rounds courtesy of HK-Android. Earlier this week we received some photos that were likely fake, followed by others showing a huge black bezel, possibly for a fingerprint scanner on the front. Today’s newest leak does away with that, and shows a sleek Loking HTC One successor.

While earlier leaks showed a massive black bezel on the bottom of the display (under the on-screen keys) today’s leak shows nothing of that sort. Instead we have the front facing speakers that instantly blend into the 5-inch display. It’s safe to assume either some of these are fakes, or a few phototypes are still making the rounds.
At this point there’s really nothing we don’t know about the upcoming HTC One successor, codenamed the HTC M8, except for the official name. Rumors have it being called the HTC One (2014), HTC One+, HTC Two, and a few other things, but we’ll have to wait and see.

Coming with a larger 5-inch 1080p screen over the 4.7-inch option last year, a faster quad-core processor with 2GB of RAM, expandable storage with a micro-SD slot, dual-cameras on the rear for improved photos, and a huge battery for all day usage. It sounds like a nice upgrade, but will also have the latest Android 4.4.2 KitKat, and a new Sense UI 6.0 interface with on-screen navigation keys. 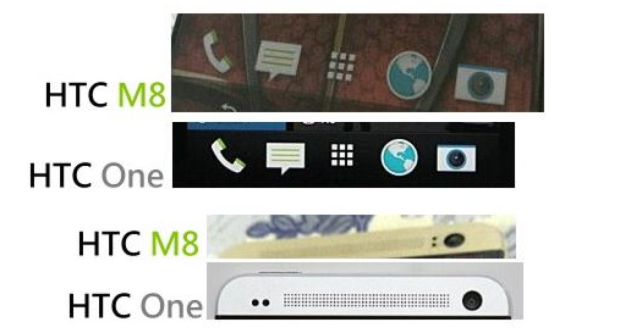 We’ve seen a few different variations thus far in other leaks, so here they compare the new HTC M8 to the old design, and a quick look shows there’s only minimal changes to an otherwise excellent smartphone.
Rumor has it the new HTC One M8 will arrive in four color variants, available on all major US carriers, and could even be released along side an HTC M8 Mini. For now all reports point to a late March release date in the US.