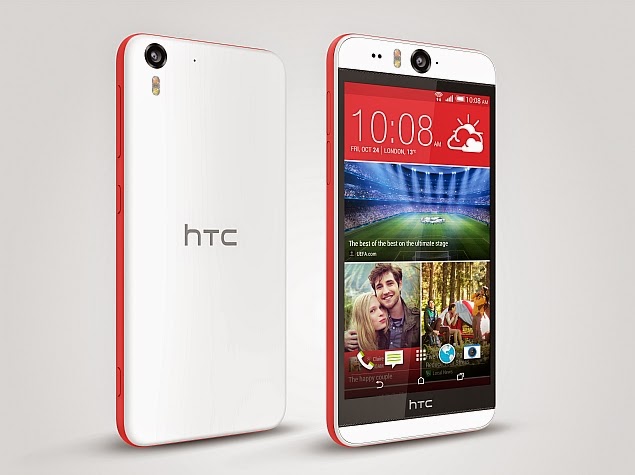 The HTC Desire Eye pricing for India has been tipped at Rs. 35,990 on Wednesday by a Mumbai-based retailer, who also claimed the smartphone is now available, ahead of an official announcement by the company.

In October, during the unveiling of the HTC Desire Eye in India, the company had not announced the price and said that the device will release in late November exclusively on Amazon India. This has not happened as yet, and the HTC India website still lists it as ‘Coming soon’.

TechTrainIndia Gadget was also told of the availability of the Desire Eye at a similar price in New Delhi by another established retailer.

The HTC Desire Eye is a selfie-focused smartphone that boasts of a front-facing camera with the same treatment as the rear camera. Both
feature 13-megapixel sensors, and are both accompanied by dual-LED flash. To put the Desire Eye’s purported price in perspective, the HTC One (M8 Eye) was launched in October at Rs. 38,990.

Certain camera features like Split Capture, Crop-Me-In and others are also available on the HTC Desire Eye. While the Split Capture divides the image 50/50 between front and rear cameras, the Crop-Me-In feature crops the user’s image and superimposes it on the image shot by the rear camera.

HTC Desire Eye also features an IPX7 rating, designed to resist immersion in water up to 1 metre for 30 minutes. As for other specifications, the HTC Desire Eye boasts of a 5.2-inch full-HD LCD display; Qualcomm Snapdragon 801 processor; 2GB of RAM; 16GB of inbuilt storage expandable via microSD card (up to 128GB), and a 2400mAh Li-Po battery. Front-facing stereo speakers powered by HTC BoomSound technology are also onboard the handset. It measures in at 151.7×73.8×8.5mm.