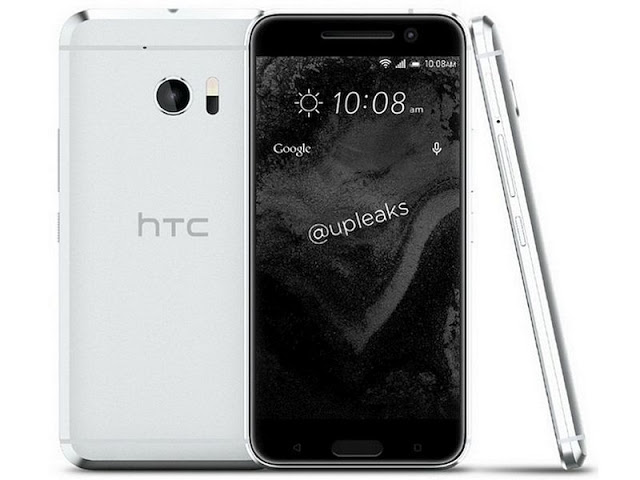 HTC may be busy creating hype around its next flagship smartphone launch but there have been several recent leaks that claim to show the handset in purported renders.

A new set of four images purportedly showing the yet-to-be-announced ‘HTC 10’ in four colours have appeared on the Internet. Posted by a Bulgarian site, the ‘HTC 10‘ is seen in Black and White, White, Gold, and Black colours.

The new leaked images of the ‘HTC 10’ are in line with previous leaks, and the company’s own teaser image. The new images, besides showing the broad chamfered edges, show the metal clad HTC 10 to sport a physical home button below the display along with two capacitive buttons for moving back and accessing multi window options. The slightly protruding rear camera with dual-LED flash is visible along with two antennas running at the top and bottom of the back panel. The headphone jack can be seen at the top, the right side includes volume and power buttons.

HTC earlier this month released its first teaser video for the One M10 flagship smartphone. The video, while showing nothing of significance, promised a lot of things. In the video, the company claimed that the HTC team was working “non-stop” because it wanted to “make your phone even better.” The YouTube video also said that the team was obsessed but “in a good way.”

Some reports have pointed that the ‘HTC 10’ may launch on April 19, the same date seen in the display of the smartphone in the render images leaked previously. Considering that HTC is yet to start sending invites for the launch event of the new flagship, we can expect there are still a few days left ahead of the unveiling.