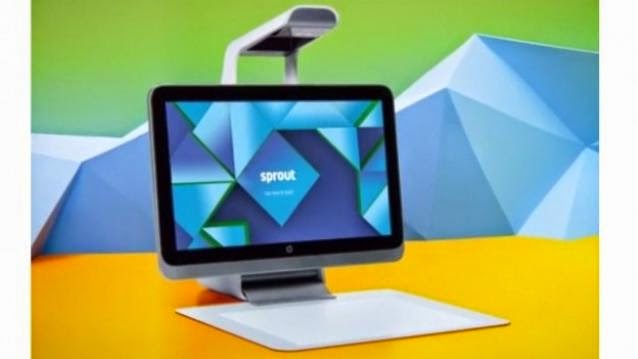 Last week we had heard about HP coming out with a new form factor PC and the product has been unveiled. Called the HP Sprout, it is basically an all-in-one PC which has an overhead projector (over the monitor) and uses a setup of cameras and sensors to take inputs via gestures and it uses a 20-point capacitive touch mat which acts as a keyboard and a mouse tracker rolled into one. From the looks of it, this $1,900 device is surely addressed at professionals such as architects, artists, industrial designers, musicians and other creative professionals and will start selling from November 9th. The Sprout PC is the first product from HP’s Blended Reality eco-system.

The HP Sprout combines an overhead scanner/projector called the Sprout Illuminator, a 23-inch full HD Windows PC, a 20-point capacitive touch mat, and a new 3D computing platform. The capacitive touch mat acts as a second display which lies flat on your desk, on to which you can drag down content from the main PC. The display is projected onto the mat thanks to the overhead projector which houses four cameras which uses Intel’s RealSense 3D camera technology. It uses a DLP projector for displaying images on the mat. Alternatively, you can also take physical items, place them on the capacitive mat and have these objects scanned by the Intel RealSense 3D camera aboard the projector. The digital replica of the actual object is then merged into the digital workspace. 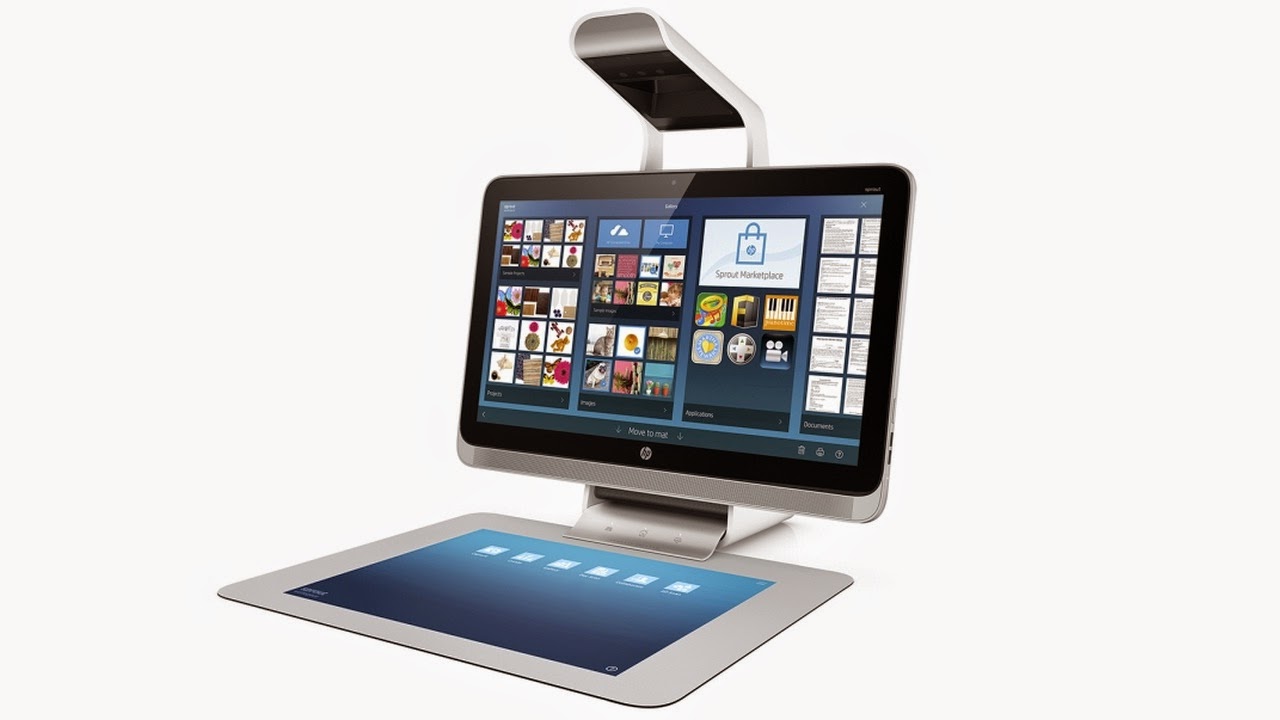 Considering the amount of technology onboard, communication between various sensors and cameras is key. Keeping that in mind, HP has released the HP Workspace, a software platform built specially for Sprout to take complete advantage of the dual-screen experience to ensure creation and working is seamless and intuitive using natural human interface. Game developers could come up with games which uses the touch mat as a controller. Similarly music apps can make use of the overhead projector for content creation such as projecting a piano on the touch mat to create music.

As far as the specifications go, the PC houses a 4th gen Intel Core i7-4790S processor with Intel HD4600 graphics, NVIDIA GeForce GT 745A, 8GB of RAM (upgradeable to 16GB), 1TB of SSD storage space and a Windows 8.1 multi-touch experience. On the connectivity front, you have gigabit ethernet, 802.11 a/b/g/n/ac dual-band Wi-fi and Bluetooth 4.0. There are two USB 3.0 ports, two USB 2.0 ports, an HDMI port and the 3.5mm audio and microphone jacks. Sprout also comes with a wireless keyboard for those who want to still stick to it for inputting data.

HP has also created the Sprout Marketplace, which will be a one-stop destination for apps which are optimised to take advantage of Sprout’s unique form factor. The Sprout Marketplace currently contains a suite of Windows-based applications designed uniquely for the dual-screen environment including the Martha Stewart CraftStudio, DreamWorks Animation Story Producer, Crayola’s Draw & Sing,GestureWorks Gameplay and first party experiences from HP including Create, Collaborate and Capture, enabling users to easily capture physical objects, manipulate them in a digital environment, and collaborate and share their creations in new ways. HP has also released a Sprout software development kit is also available.

The availability dates in India are not yet out.