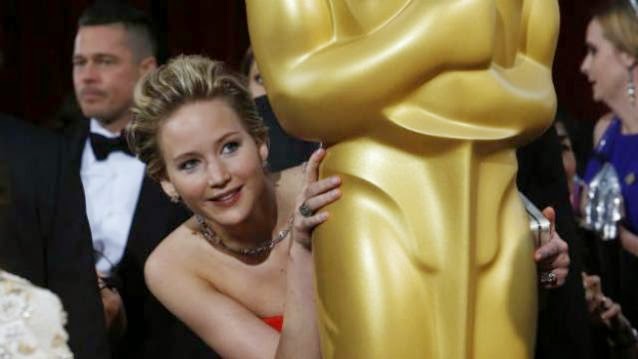 Jennifer Lawrence who was also targetted in this attack. Reuters

More than a dozen Hollywood celebrities whose naked pictures were hacked and posted online have threatened to sue Google for failing to crack down on the leaks.

In a letter by prominent Tinseltown lawyer Marty Singer published by the Hollywood Reporter, they warned they could seek $100 million in damages from the US online search giant. “We are writing concerning Google’s despicable, reprehensible conduct in not only failing to act expeditiously and responsibly to remove the images, but in knowingly accommodating, facilitating and perpetuating the unlawful conduct,” said the letter. “Google is making millions and profiting from the victimization of women,” added the letter, written on behalf of over a dozen unnamed celebrities, actresses, models and athletes.

The warning letter came after two waves of nude photos, including of stars like Jennifer Lawrence and Kim Kardashian, were circulated on social media last month.

Hackers first released a trove of nude starlets’ photos on the Labor Day weekend at the start of September, after snatching them from Apple’s iCloud in what the tech giant has called a “targeted attack.” A second wave came three weeks later.

“As a result of your blatantly unethical behavior, Google is exposed to significant liability and both compensatory and punitive damanges that could well exceed $100 million,” wrote Singer.
There was no immediate response from Google to the lawyer’s letter, which was dated Wednesday.