GTA 6 Gameplay Videos Leaked: September 18 has turned out to be one of the saddest days for Rockstar Games, the makers of the Grand Theft Auto series. GTA 5’s launch anniversary meant celebrations, but it turned out to be a nightmare for the next GTA title.

An anonymous GTAForums user has posted over 90 videos showing the gameplay of the upcoming GTA 6. But how reliable is this GTA VI leak and how does it match up with previous rumors? Let’s find out!

Twitter users also claimed that the video showed elements of the city similar to Vice City, the real version of Miami from GTA. There have been numerous leaks over the past few years that Vice City is returning, and this leaked video confirms it.

According to insiders, some of the clips have posters and cars bearing the words “Vice City.” They also claimed that one video highlights the police intervention after the restaurant robbery, and another depicts the hatred between the two actors by the pool.

When did the GTA 6 video leak?

Many users with access to the leak have found that most of the film textures in this collection are in the early stages of development, as the textures are hard and unfinished. The leaked video did not have a date.

However, some have said that Nvidia GeForce RTX 3080 graphic cards are listed in the GTA 6 alpha gameplay footage overlay. And since the 3080 was released in 2020, the video should be from that year or later.

Are the GTA 6 leaks real or fake?

Rockstar Games has not publicly confirmed or denied the veracity of this massive leak. However, many reliable sources state that the leak is true and is one of the largest in video game history. The leak is true, according to Bloomberg reporter Jason Schreier, who broke the story.

He also suggested in a later tweet that the security flaw could be traced to Rockstar’s “work from home” environment, where engineers share sensitive files in the cloud.

Not that there was much doubt, but I’ve confirmed with Rockstar sources that this weekend’s massive Grand Theft Auto VI leak is indeed real. The footage is early and unfinished, of course. This is one of the biggest leaks in video game history and a nightmare for Rockstar Games

Another great piece of evidence for the impact of the GTA 6 leak comes from the performance of Take-Two Interactive, the parent company of Rockstar Games. GTAForums and most GTA subreddits have already been removed to limit damage for the next release. Needless to say, TakeTwo has already distributed takedown letters to YouTubers who have posted the leaked video.

TakeTwo is starting to roll out takedown requests #GTA6 pic.twitter.com/vjBCtg1JUQ

What else in Grand Theft Auto 6?

With the release of GTA 6, it will be interesting to see what else Rockstar Games has to offer (at least over 24 hours ago). So far, the creators of Grand Theft Auto have been a little quiet on the plans for the upcoming Game, but could all of this change that?

For some time it has been expected that GTA Studios will announce GTA 6 soon. Some believe that such a big GTA 6 Gameplay Videos leak can ruin their passion.

This could break the Rockstar’s preparation for the next GTA game, but on the very contrary, it feels like a Rockstar. One of the few gaming companies that operate by their own rules is Rockstar Games. The developer rarely attends major events and announces new titles only when he is ready to do so.

Even before this leak, it looked like GTA 6 was going to be unveiled soon, although some fans had a feeling it wasn’t going to happen.

For now, Rockstar will be attempting to fix the GTA 6 Gameplay Videos leak situation, but they will stick to their weapons when it comes to the official Grand Theft Auto VI reveal schedule.

The Leaked Scandal Is Not Over

Even though the scope of the GTA 6 leak is large enough to damage Rockstar Games in many ways, the leaker isn’t happy with the storyline. About 12 hours later, they revisited their post and demanded that Rockstar “reach an agreement” to prevent any further publication of the material.

“i am looking to negotiate a deal”

GTA VI leaker says they’ve woken up to thousands of messages and are calling on people from Rockstar/Take Two to contact them. pic.twitter.com/cnPs57NAt7

According to their article, the leaker owns the source code for GTA 5 and 6, and the leak could do more damage to the company than the previous GTA 6 leak lessor location. But they claimed to be the same hacker TeaPots behind Uber’s massive data breach last week.

The GTA 6 leak is like a nuclear explosion in the gaming arena, affecting not only Rockstar Games but the entire community. The GTA 6 release date could be significantly delayed if the next leak contains in-game files. So, if you are a fan of GTA, please do not promote or share the leaked data in any way. But how do you think Rockstar Games will react to this situation? Please share your thoughts in the comments below! 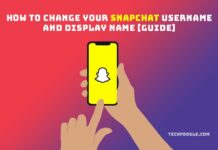 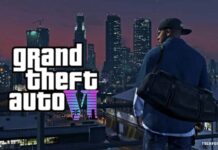