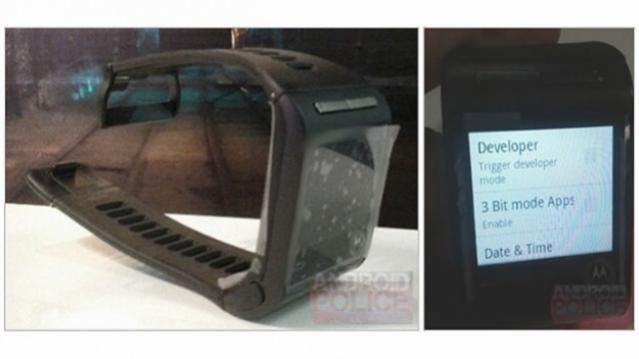 Motorola-built Google watch prototype from 2013, which was scrapped.

The rumours around the alleged Google smartwatch have finally begun to gather pace. The latest tidbit has emerged from prolific tipster evleaks who had earlier confirmed that Google will announce its smartwatch during the I/O in June.

He has further confirmed that the upcoming Google smartwatch will be built by its Nexus partner LG in a tweet today.

According to the tipster, the LG-built Google smartwatch will come fitted with a 1.65-inch IPS LCD featuring 280 x 280 resolution, which means a pixel density of 240ppi. The processor isn’t disclosed yet, but the wearable will include 512MB of RAM. On the storage, it will come with 4GB on board storage.

Given the track record of evleaks, we could most likely see all these features in the upcoming Google smartwatch. This also means that Google smartwatch would compete with the Gear 2, featuring similar RAM and onboard storage. The Gear 2, however, gets a higher resolution display.

We’ve recently seen the leaked images of the Google smartwatch prototype that was built by Motorola. It is highly speculated that the prototype was scrapped in favour of Google’s Nexus 5 partner LG. Previous reports hint at the Google smartwatch taking centre stage at I/O this year, and Google has been said to have pushed the Android 4.5 and the rumoured Nexus 8 launch for later in the year. This suggests that Google wants bulk of the focus to be on the smartwatch immediately after I/O. It’s very likely that the watch will be branded under the Nexus series.