Google self-driving car: Why it’s here, how it works and what’s it like 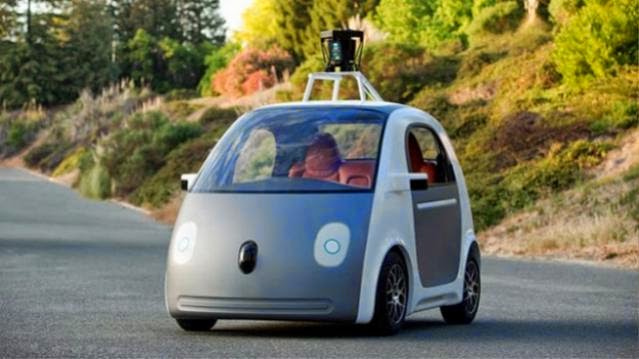 The Google self-driving car is for real, and the prototype is here. The cute Tata Nano lookalike works on sensors and software, and one can reach their destination by just at the push of a button.

The car comes without a steering wheel, accelerator pedal, or brake pedal, as the car driver won’t need any of it. In the bid to enter the uber-modern era, do we really need a self-driving car? Is this even possible and how safe it would be? If you are as intrigued as we were, here’s what we found out about the Google self-driving cars.

The search giant points out that 1.2 million people lose their lives due to traffic-related incidents, and more than 90 percent of these accidents are due to human error. With the self-driving car, it aims to ‘step up road safety and transform mobility for millions of people’. The self-driving technology is crafted to never get distracted and navigate the car as naturally as possible. It expects the car to be courteous, get defensive and drive as you would expect it. With the new car, drunk and distracted driving will be history, says Google.

Moreover, self driving cars even fizzle out issues related to parking spaces. It explains how driverless vehicles can go park themselves and eventually lessen the pressure to build parking next to every destination and residence. This would free up large amounts of city land. With less space set aside for car parking, more space can be utilized for residential development.


How does it work?
Firstly, the self-driving car needs to know where it is or what’s around it. Google has included several sensors that act as the eyes and ears of the driver. Firstly, for location, the car uses GPS data, but GPS isn’t always accurate and hence the car uses other sensors like laser to help identify the precise location and depth by gauging the environment. The sensors can see far off distance – around two American football fields away– and 360 degrees around. In fact, these sensors interact with one another to cross check the information.
All the information is then processed by Google’s software that plays a vital role in driving. It differentiates between the objects and classifies them using colour coded boxes. For example, cycle will be red, pedestrians in yellow and vehicle in green or pink. The software then needs to classify these objects appropriately by differentiating them depending upon their shape, movement pattern and so on. For instance, it can detect if a cyclist is in the bike lane and so on. It also takes under consideration that humans usually feel a little uncomfortable when next to large vehicles like trucks. So, the software distinctly marks larger vehicles. So, it keeps the car farther from such vehicles, just how a driver would.

The software is also designed to offer utmost safety, states Google. It gauges how close it is to other objects, matches speed with traffic and also anticipates other vehicles cutting in. The software is also capable of detecting and navigating in construction zones, taking naturalistic driving into account. For now, the speed limit has been capped at 25mph.


How does a self-driving car navigate?
It isn’t easy driving on roads, considering several scenarios such as jaywalking pedestrians, cars lurching out of hidden driveways, and double-parked trucks blocking the driver’s view. The Google software has been designed to master self-driving in all environments, claims the company.

It has taken care of some regular situations experienced regularly in California. For instance, the sensors detect if there is a road blockage ahead and inform the software, which then changes the lane safely. It also keeps safe distance from trucks around. The software is also capable of detecting the cyclist holding up his arm. The car knows to keep yielding even if the cyclist changes his mind, multiple times.


What’s it like to be in a driverless car?
The self-driving car functional prototype was tested by some people outside of the Google team. Many were surprised to see the missing steering wheel. “It knows when to stop and knows when to go,’ said one passenger. A passenger said how she can utilize the time to spend with her kids rather than focussing on driving, while an elderly couple shared how the car went really slow before a curve and accelerated only in the curve.

Google plans to build a hundred prototypes of the vehicle, and later this summer, the company’s safety drivers will start testing early versions of these vehicles that have manual controls. Google also plans to run a small pilot programme in the next couple of years, provided all goes well. It is still at a nascent stage, but does this mean the conventional car makers are in trouble? If the technology develops, Google may also work with partners to bring this technology into the world safely, under recognised brands.