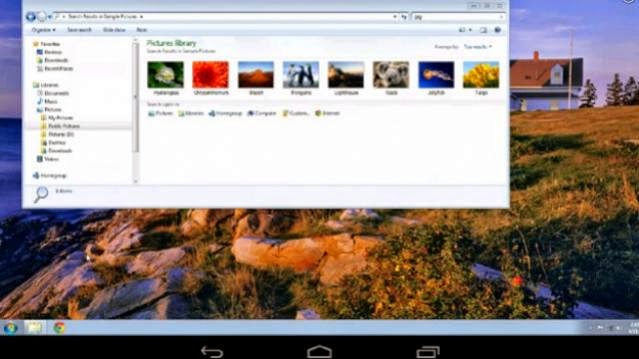 We had expected Google to bring remote desktop access to Android in the next version of the OS. But as it turns out Google isn’t waiting for Android L to release and has now launched a Chrome Remote Desktop app on the Play Store.

Following on the basic features of Chromoting i.e. remotely accessing another computer through Chrome, the Chrome Remote Desktop app is just like Remote Desktop, VNC, and other similar apps that are available as browser extensions.

Chrome Remote Desktop can let you access your home or office PC from your smartphone. All you really need to do is install the app from the Play Store, enable remote access, and connect to any PCs. You can set up the Chrome Remote Desktop app from the Chrome Web Store on your PC to enable remote access and they will automatically show up on your phone as well. 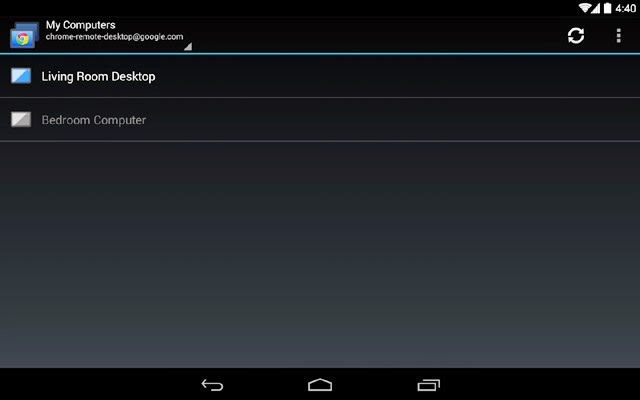 See all connected PCs through your phone

This one more weapon in Google’s plans to make Android and Chrome suitable enterprise options. Google slashed prices of Chromebooks for Business earlier this month and is also bundling in software for virtualisation of Windows apps. With the new app, users can now access their Windows PC or Mac too on an Android phone. An iOS version of the app is coming later this year.

Google has also announced a revamped camera app, which brings some much-needed changes to the UI and some new features too.