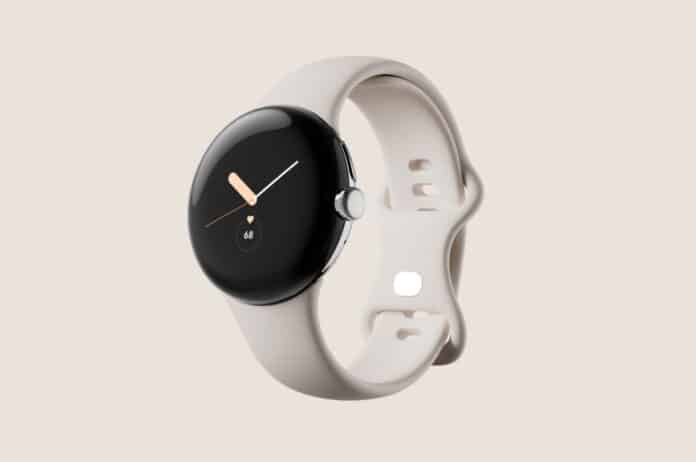 Google Pixel Watch 2022: Following multiple leaks and rumors, Google ultimately chose to unveil its first smartwatch at the I/O 2022 summit last week. While we only obtained definite data on the Pixel Watch’s design and debut date, other aspects are being kept under wraps. However, the most recent intel suggests that the smartwatch’s chip will be underwhelming.

A new claim from 9to5Google confirms the earlier leak, revealing that the Pixel Watch will be powered by an Exynos CPU. However, the Exynos 9110 processor, which was seen in the Galaxy Watch in 2018, is expected to be used. It was also spotted on the Galaxy Watch Active, Active 2, and Galaxy Watch 3.

Many people are surprised because the Exynos chipset in issue in leaks was allegedly the Exynos W920, which powers the latest Galaxy Watch 4. It would have made more sense given that it is the most recent chip based on a 5nm manufacturing technology and delivers significantly higher CPU and GPU performance.

However, according to the article, the decision to employ an older processor might be attributed to the fact that Google began working on its wristwatch goals some time ago. As a result, the Exynos 9110 processor appears to be the logical pick. According to the rumor, switching to the newest Exynos chipset would have pushed back the Pixel Watch’s release date.

We’re not sure how the Pixel Watch will function because it may be powered by a four-year-old CPU. However, it remains to be seen how Google intends to optimize the hardware and software, which, if successful, might benefit the Smartwatch.

In terms of other details, the Pixel Watch is expected to have a 300mAh battery and a 24-hour battery life, similar to the Fossil Gen 6, Samsung Galaxy Watch 4, and others. It’s intended to ship with WearOS 3.0 and Fitbit integration out of the box, but we don’t know if that will happen.

This autumn, the Pixel Watch 2022 will be released alongside the Pixel 7 series. As a result, we should wait till then to get a firm opinion regarding the Google Smartwatch.