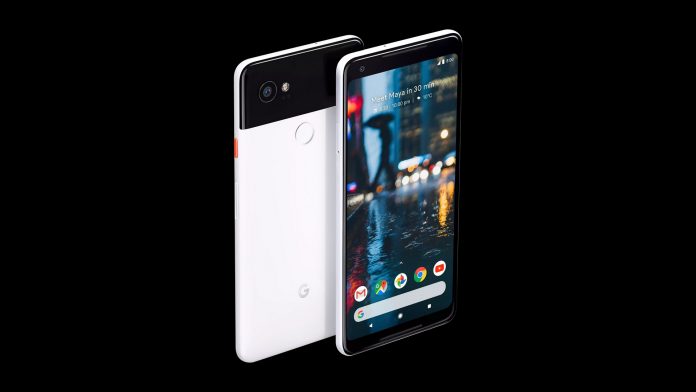 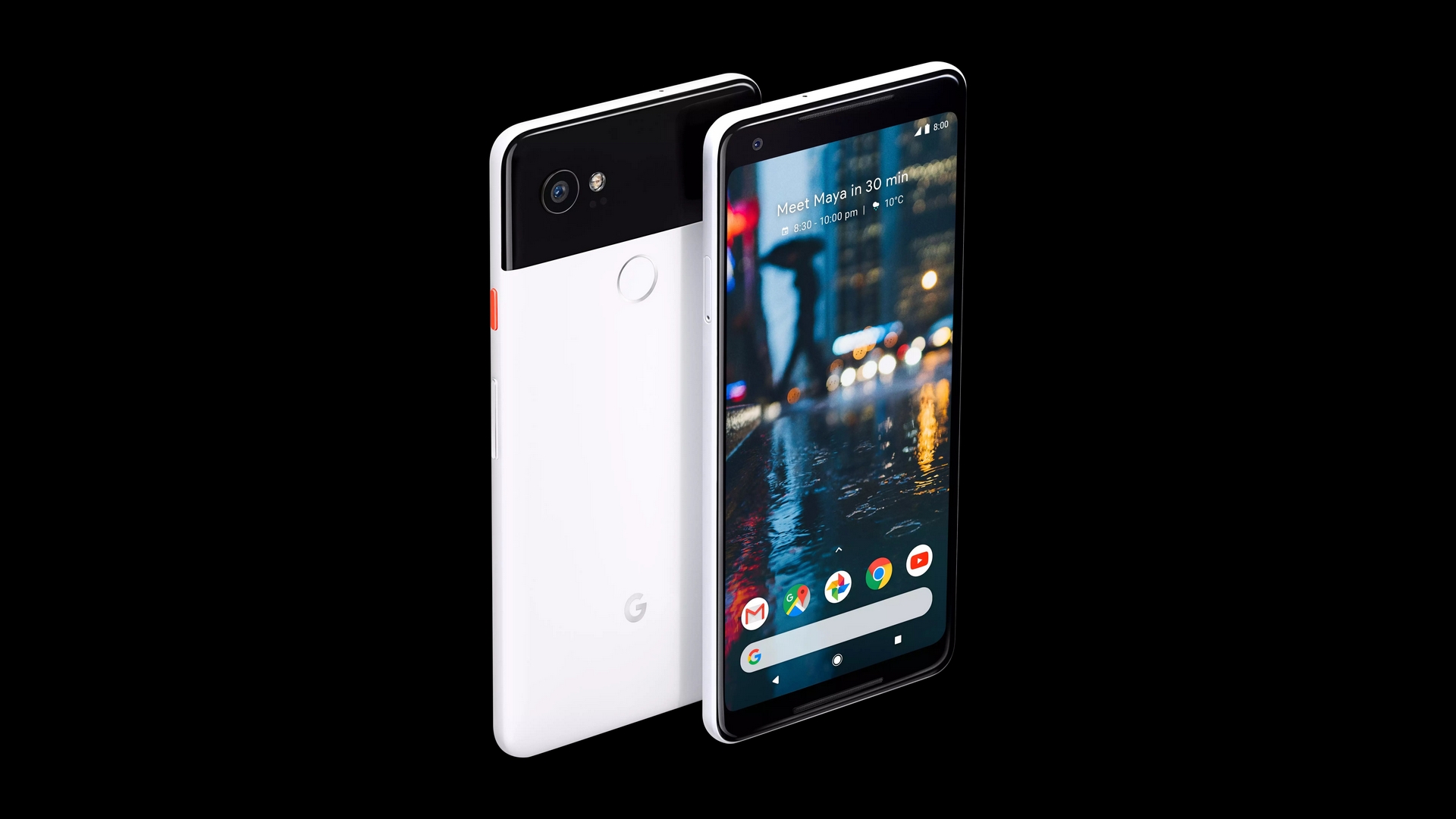 The long wait for the latest flagship devices by Google is finally over. Google announced its latest flagship devices, the Google Pixel 2 and Google Pixel 2 XL at the launch event in San Francisco. The company announced a number of products like the Google Home Mini & Home Max, Clips,  Pixelbook, Pixelbook Pen, updated Daydream View, Pixel Buds alongside the Pixel smartphones.

Pixel 2 will pack a 5-inch FHD AMOLED display with 2.5D Corning Gorilla Glass 5 and 16:9 aspect ratio with 441 PPI pixel density. Pixel 2 XL will pack a 6-inch P-OLED QHD display panel with 2.5D Corning Gorilla Glass 5, 18:9 aspect ratio and 538 PPI pixel density. Both the devices will be equipped ‘Always-on display’ and front-facing speakers. Pixel 2 boasts 95 percent DCI-P3 colour coverage, Pixel 2 XL boasts an impressive 100 percent coverage. Both smartphone displays will sport 1,00,000:1 ‘super contrast ration with ‘True black level’. Both, Pixel 2 and Pixel 2 XL will be powered by a 64-bit Octa-core Qualcomm Snapdragon 835 processor clocked at up to 2.35 GHz along with 4 GB LPDDR4x RAM. They will come with Aluminium unibody design with hybrid coating and IP67 rating for water and dust resistance.

They will sport Adreno 540 GPU to handle graphic intensive tasks. Google will offer two storage variants for both the devices, one with 64 GB internal storage and the other with 128 GB internal storage. One thing to note here is that the company has not added expandable slots on any of the two devices. One interesting thing to note here is that both the devices will come with single camera setup on the back instead of the dual camera setup that is all the rage in the technology industry. Users can shoot 720p video at up to 240 fps, 1080p video at up to 120 fps and 4K video at 30 fps using the back camera.

More impressive thing is that both Pixel 2 and Pixel 2 XL will be able to capture ‘Portrait Mode’ images using the single 12.2 MP camera module with f/1.8 aperture available on the back of the devices. The company detailed that it will use machine learning along with ‘Dual Pixel’ technology to generate the depth in the image. The interesting thing here is that both the devices will support Optical and electronic image stabilization at the same time during video recording.

The company has also packed a new auto-focus system which uses laser and ‘Dual pixel’ phase detection to lock focus. Both the devices will come with 8 MP camera on the front with f/2.4 aperture. Despite this, both the devices will be able to capture ‘Portrait Mode’ images using the front camera. The company announced that Pixel 2 and Pixel 2 users will get unlimited original-quality storage for the photos and videos taken using the devices up to 15 January 2021. 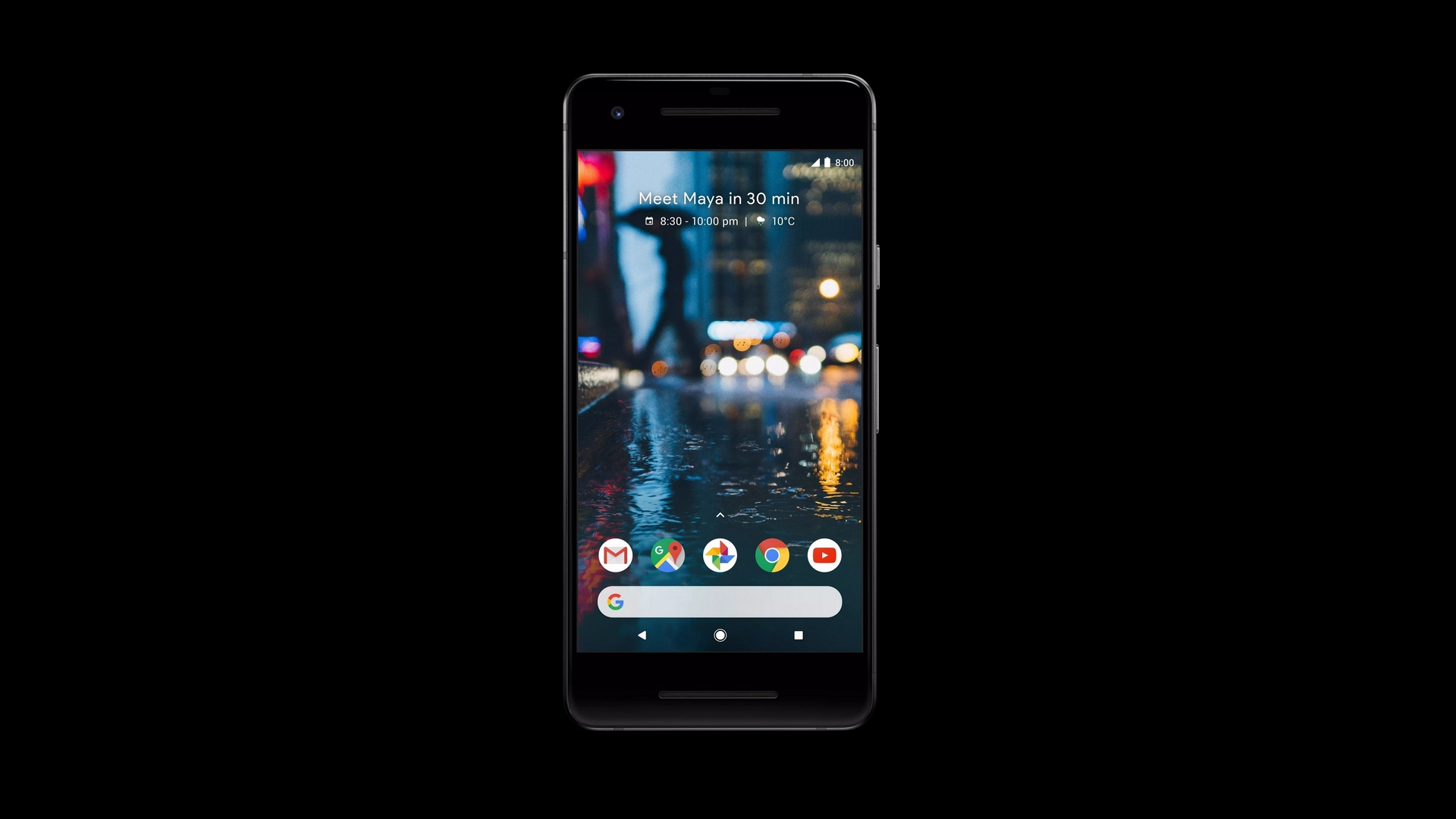 Confirming the rumours, the company has done away with 3.5-mm headphone jack. However, Google announced that it will pack a 3.5-mm headphone jack to Type-C adulator along with all the devices. Both the devices will support Dual-Band Wi-Fi 802.11 a/b/g/n/ac, Bluetooth v5.0 with LE, NFC, GPS, and USB 2.0 Type-C port with a reversible connector for connectivity. The devices will pack Proximity, Ambient light sensor, Accelerometer, Magnetometer, Pixel Imprint (the rear-mounted fingerprint scanner), Barometer, Hall effect, and Android Sensor Hub along with Active Edge to detect squeezes to enhance the feature-set of the smartphone. 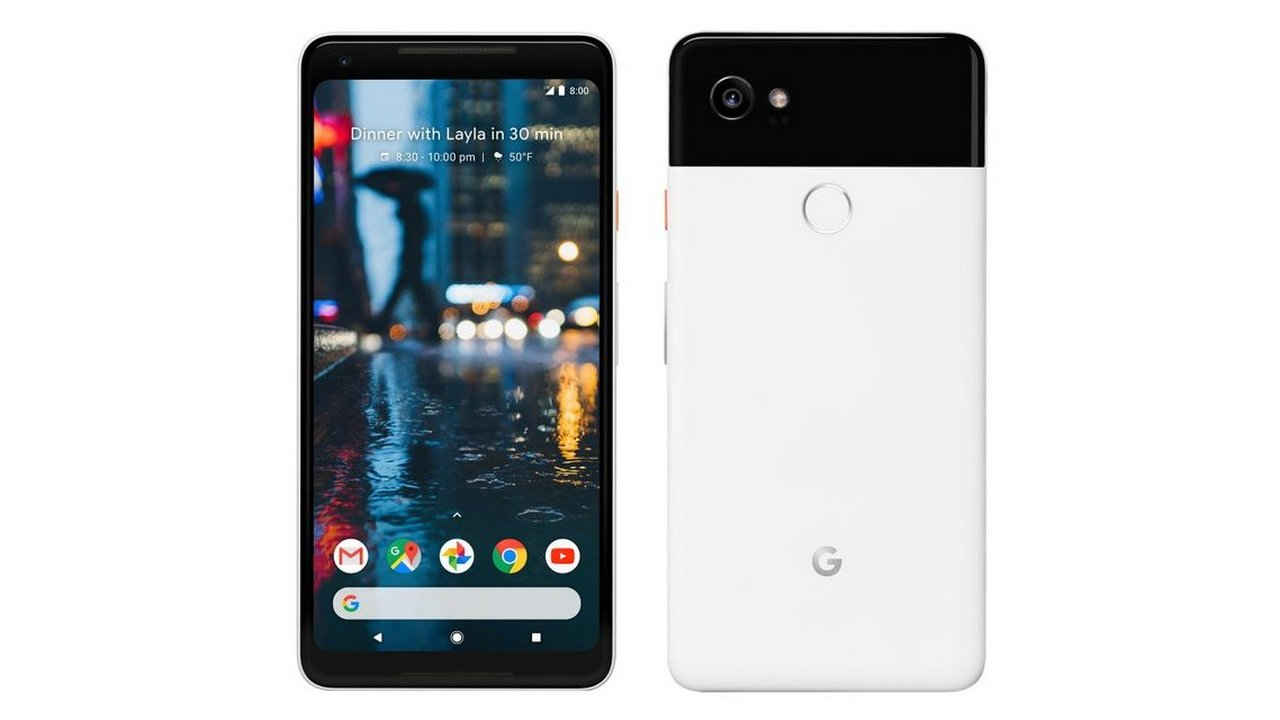 The devices will support Wireless HD audio with LDAC, AptX and AptX HD audio codecs for better audio quality. One interesting thing to note here is that bot the devices will come with single Nano e-SIM slot which means that users will not need to switch their SIM cards if they are changing their network provider. Both the devices will run Android 8.0 Oreo out of the box.

Pixel 2 and Pixel 2 XL will come with ‘Minimum 3 years of OS and security updates’ as mentioned on the ‘Tech Specs’ page for the devices. Google did not discuss anything about the support cycle for its latest devices in the keynote. Pixel 2 will pack a 2700 mAh battery while Pixel 2 XL will run on a 3,520 mAh battery and both the devices will support fast charge. 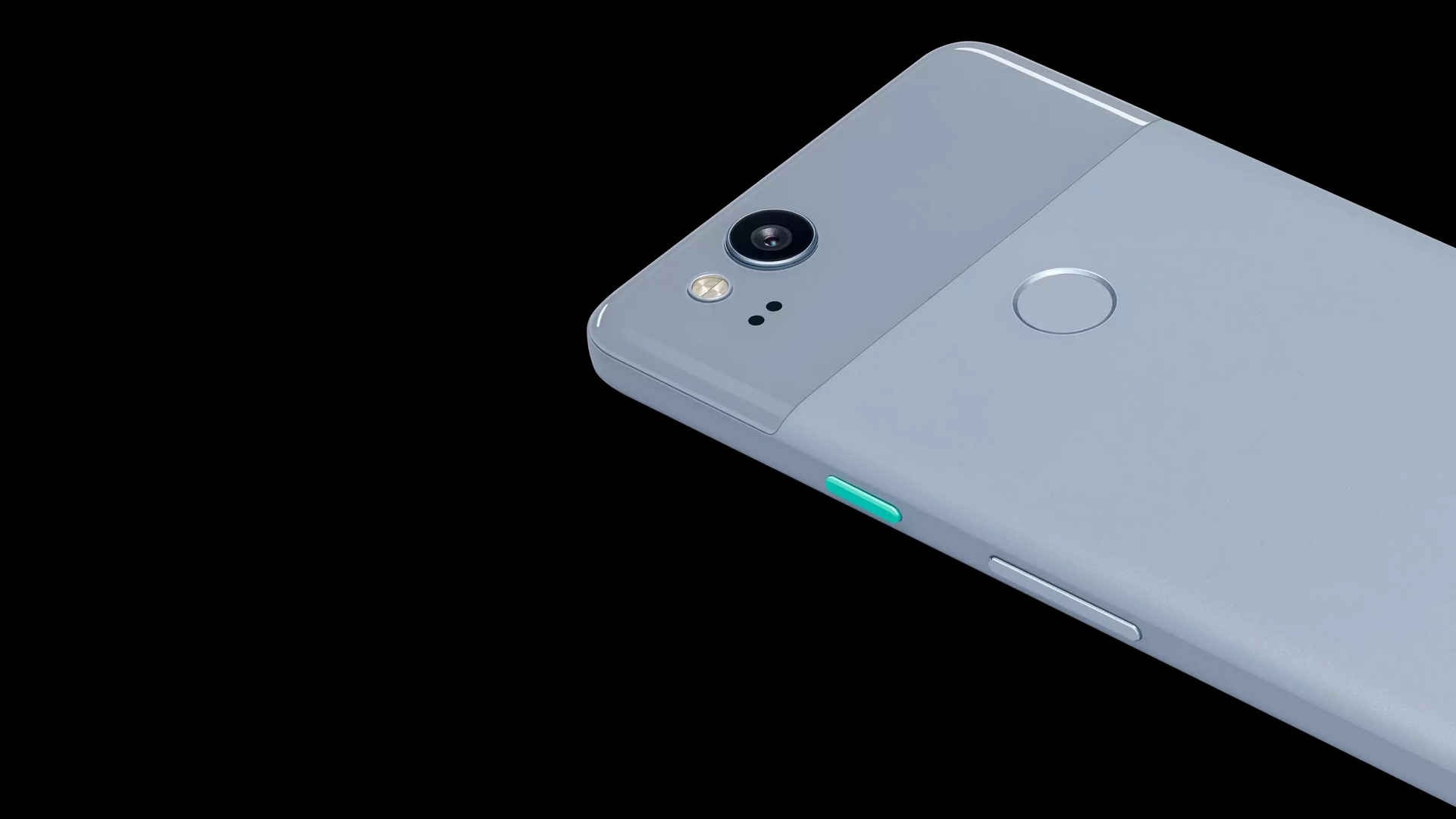 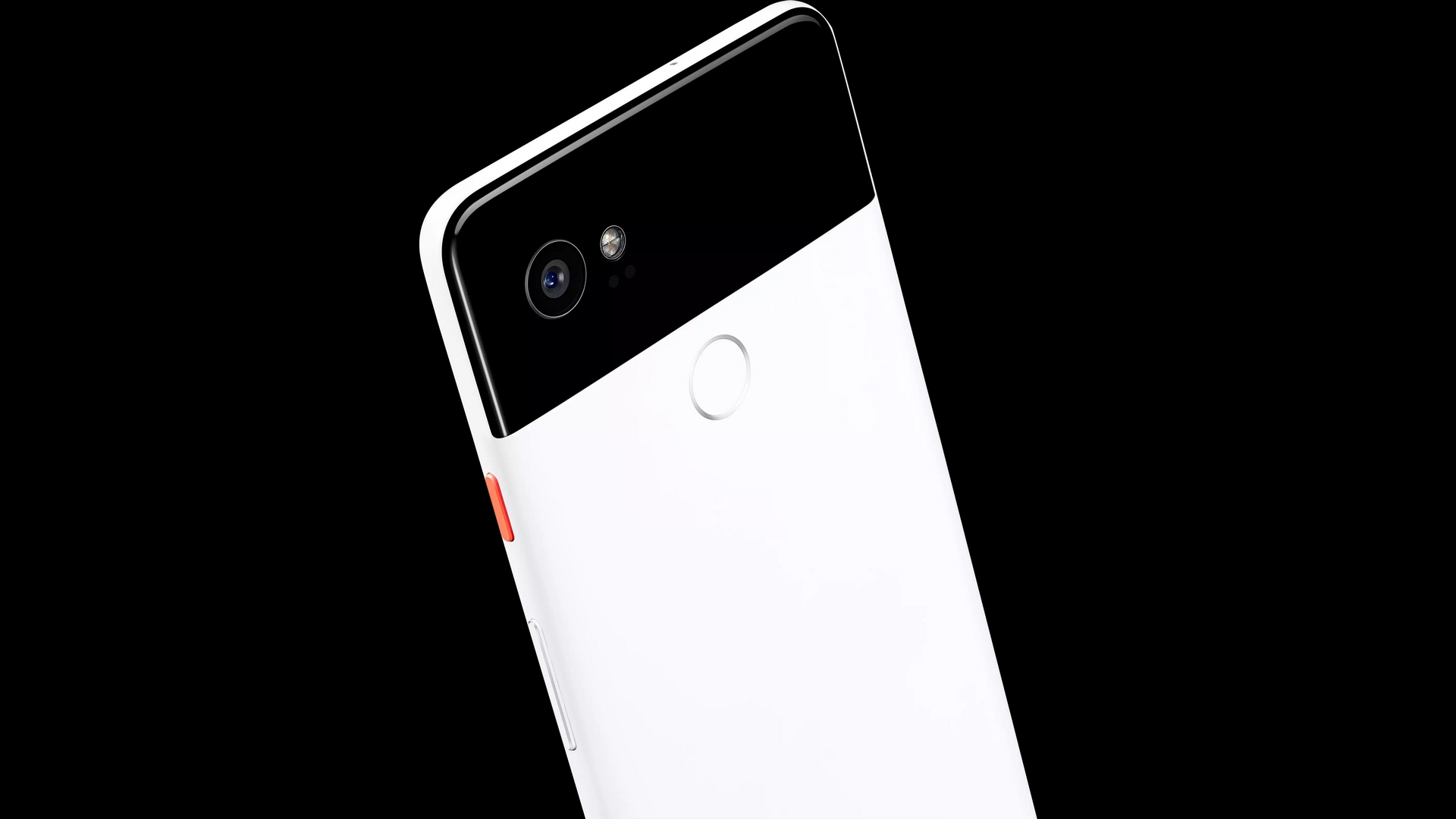 Pixel 2 and Pixel 2 XL are available for pre-order on Google Store starting today.Pixel 2 XL will be available in Australia, India, Germany, Canada, UK, and the US at the launch. They will make its way to Singapore, Spain, and Italy later this year. The company is giving a free Google Home Mini to all Pixel 2 and Pixel 2 XL buyers in Australia, Canada, France, Germany, United States, the UK and Japan. Both the devices will be available in November in India.