Google may announce the refreshed version of the Nexus 10 today

Google is likely to put an end to all the speculation around the newest iteration of the Nexus 10 today. All those who have been wondering which company has finally built the refreshed Nexus 10 or when it will reach markets, may not have to wait any longer. News has it that Google has planned to announce the Nexus 10 refresh, possibly being built by LG, on Cyber Monday.

However, there is no official word from Google confirming the announcement. Earlier rumours had suggested that the new Nexus 10 would be released on November 22, but that has clearly not happened. Word now is that Google did not announce the refreshed Nexus 10 in order to avoid the rush to purchase the device during Black Friday. In July, there were rumours about a Samsung-built Nexus 10 while in August it was believed that Asus would be crafting the 10-inch Nexus tablet. Earlier this month, new leaks also hinted at that the 2013 variant of the Nexus 10 is being built by LG. 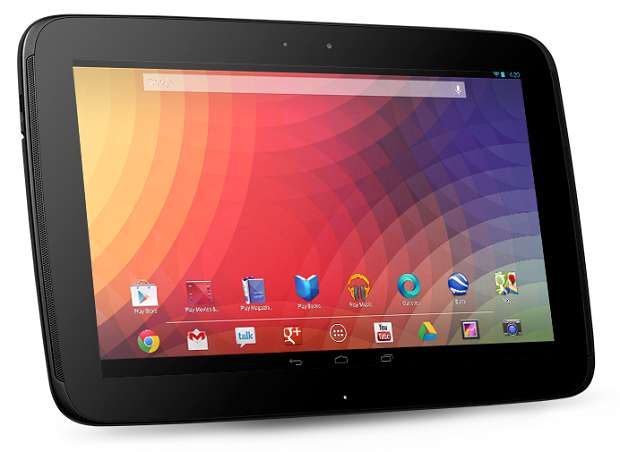 The LG Nexus 10 that surfaced online earlier this month clearly shows the model number LG V510. The UK retailer Tesco has also revealed some specs of the upcoming Nexus 10. It is likely to sport a 10-inch IPS display with a resolution of 2560×1600 pixels.

Under the hood, one can expect it to be powered by a 2.3GHz Qualcomm Snapdragon 800 processor coupled with 3GB of RAM. Some other specs revealed by the retailer include Android 4.4 KitKat, a 4-megapixel front camera and a 10-megapixel rear camera. On the storage front, it will come in 16GB and 32GB variants.