TechFoogle
HomeNewsGoogle launches ‘Messenger’ yet another messaging app for Android

Google launches ‘Messenger’ yet another messaging app for Android 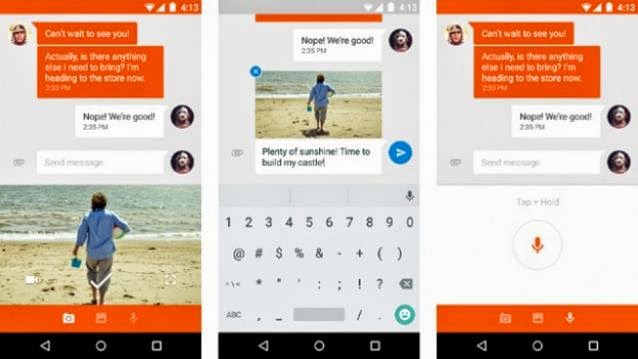 Google launches ‘Messenger’ yet another messaging app for Android

After desperate attempts at trying to break into the messaging game with Hangouts didn’t exactly work too well, and after losing WhatsApp to Facebook, Google has launched yet another messaging app, Messenger, for Android. Oddly, the app also shares its name with Facebook’s standalone messaging app. How this will go down with users remains to be seen.

However, unlike Hangouts, Messenger does not require them to log into their Google accounts. The app gives users more control over how they send text messages. For example, they can create groups, send photos, videos, voice messages, search through conversations and archive old messages. It supports regional languages as well as emoji.

Messaging has become a new playing field for tech companies, as it’s one of the most popular category of apps. To put this into perspective, Facebook Messenger jumped to the top charts months after migrating the messaging feature in Facebook to make it a standalone app. Similarly, WhatsApp and Snapchat are some of the most downloaded apps on Apple and Android app stores.