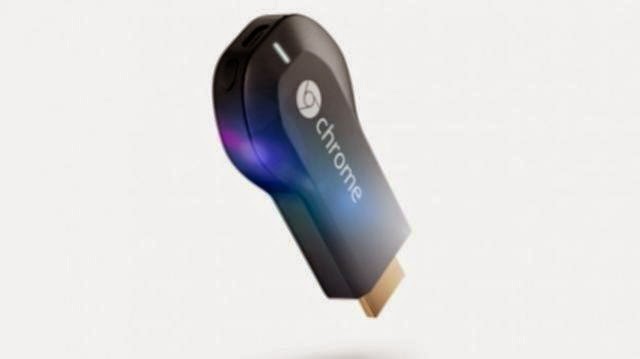 Google Chromecast, the device which allows users to to stream media to HDTVs via the HDMI port, will now be available from tomorrow, December 10 at Rs 2,999. The Google Chromecast
can be controlled by a tablet or smartphone and supports various platforms including Android and iOS and also Windows and Mac.
Google has partnered with Snapdeal and Airtel to bring the device to India. The device will be available for grabs on the Google Play Store as well.
The announcement was made at the Great Online Shopping Festival event which will take place from Dec 10 – 12.  As part of the launch, Airtel will offer 60 gigabytes of free data over three months on broadband plans.

IBN Live reported that, Google India has partnered with Aditya Birla Money MyUniverse as a preferred partner for this year’s event. The initiative was launched by Google in 2012, and has seen tremendous response with most players seeing over 350 per cent growth in daily sales.

Also, GOSF will see 450 partners offering their deals for 72 hours this year. The shopping categories includes everything from Baby & Kids to Books & Magazines to Jewellery to Electronics to Travel. There are two new sections in the GOSF 2014 namely ‘Exclusive Launch Corner,’ which will have new launches being sold exclusively via GOSF and the other section is ‘299 Corner’ which as the name implies will have everything at Rs 299 along with free home delivery and cash on delivery options. You can check out five tech deals with good discounts here.