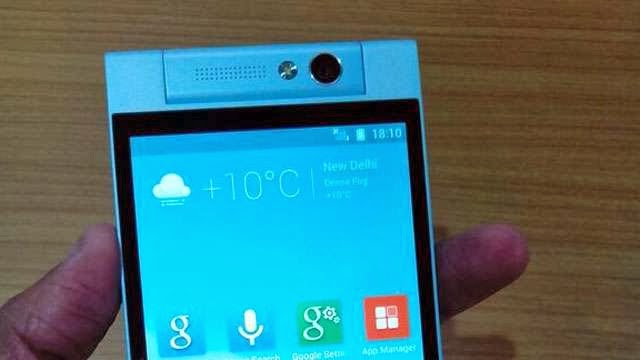 Update: Gionee has officially announced the MOP of the Elife E7 mini at Rs 18,999.

In December, Gionee has taken everyone by surprise by launching the Elife E7 mini, along with the Elife E7. Online retailer Snapdeal has now begun selling the device at a price of Rs 19,500. It is available in pink and white colour options.

Gionee has followed the Sony way, as the E7 mini does not come across as a toned down variant of the E7. It bring the same functionalities as its elder brother but in a smaller display size. Sporting a 4.7-inch 720p display, the E7 mini is powered by a 1.7GHz octa-core Mediatek processor coupled with 1GB RAM.

It runs on rather older Android 4.2 Jelly Bean mobile OS, but does get a layer of the company’s custom Amigo 2.0 UI layer. Gionee’s custom UI will ensure that the mini variant is almost similar to its elder sibling. Interesting, unlike the Elife E7, the mini variant comes with dual SIM support (GSM + GSM). Gionee has included a 13-megapixel rotating camera, just like the Oppo N1. The mini variant also gets a slew of connectivity options such as 3G, Wi-Fi, Bluetooth and NFC. It packs in 16GB onboard storage. All of this is fuelled by a 2,100mAh battery.