German scientists develop a camera that can see around corners, without using mirrors 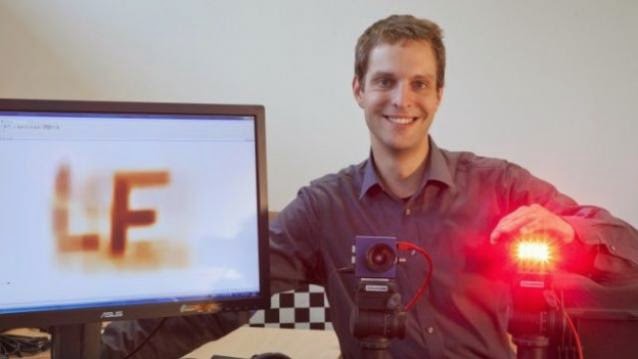 Scientists have developed a novel camera system which can see around the corner without using a mirror.

Using diffusely reflected light, it reconstructs the shape of objects outside of the field of view.

A laser shines on the wall; a camera watches the scene. Nothing more than white ingrain wallpaper with a bright spot of light can be seen through the lens.

A computer records these initially unremarkable images and as the data is processed further, little by little, the outlines of an object appear on a screen.

“Yet, this object is behind a partition and the camera cannot possibly have seen it – we have apparently looked around the corner,” researchers said.

“This is an actual reconstruction from diffusely scattered light. Our camera, combined with a mathematical procedure, enables us to virtually transform this wall into a mirror,” said Professor Matthias B Hullin from the Institute of Computer Science II at the University of Bonn in Germany.

The laser dot on the wall is by itself a source of scattered light, which serves as the crucial source of information. Some of this light, in a roundabout way, falls back onto the wall and finally into the camera.

“We are recording a kind of light echo, that is, time-resolved data, from which we can reconstruct the object. Part of the light has also come into contact with the unknown object and it thus brings valuable information with it about its shape and appearance,” said Hullin.

To be able to measure such echoes, a special camera system is required which Hullin has developed together with his colleagues at the University of British Columbia in Vancouver, Canada.

In contrast to conventional cameras, it records not just the direction from which the light is coming but also how long it took the light to get from the source to the camera.

The technical complexity for this is comparatively low – suitable image sensors came onto the mass market long ago.

They are mainly found in depth image cameras as they are used, for instance, as video game controllers or for range measurements in the automotive field. The actual challenge is to elicit the desired information from such time-of-flight measurements.