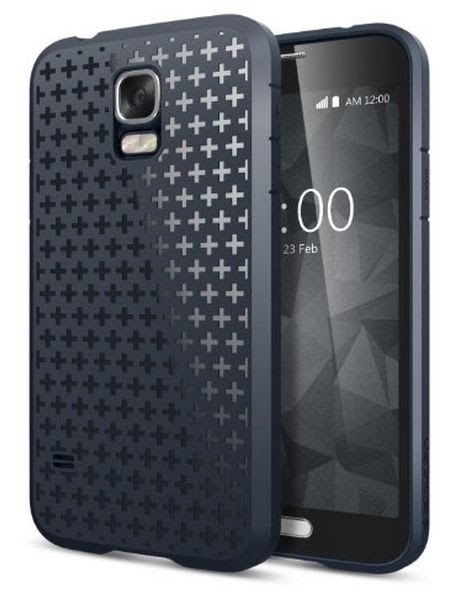 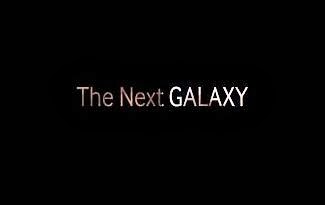 The Galaxy S5 is expected to come in a standard and a premium version, with the latter to supposedly have features like a higher-resolution display (2560×1440 vs 1920×1080) and follow the standard model’s launch after a few weeks. We have been wondering what Samsung would name the two different versions, and it looks like we could have an answer. According to a listing for a Spigen case for the Galaxy S5 on Amazon, the premium version of the Galaxy S5 could be called Galaxy S5 Prime.
Obviously, since the Galaxy S5 hasn’t been launched

yet, it’s possible Spigen has listed the case early to build some interest, and is just calling the handset the Galaxy S5 Prime tentatively. The photos are also a bit suspicious, with some of them showing a hardware home button while others aren’t, and given the secrecy Samsung maintains in hiding its flagships’ design, there are very few chances of the case actually being compatible with the Galaxy S5. But if Galaxy S5 Prime is indeed the correct name for the higher-end Galaxy S5, the Prime in the title suggests there will be considerable differences between the two models, with the 2K display just one of the more premium features not available on the standard model.

With just three days to go before the Galaxy S5 is made official, we’ll find out all that we need to know about the fifth-generation flagship very soon, so it would be best to take all this with a pinch of salt since there’s nothing to back it up, and because early and inaccurate listing of cases for upcoming phones are a common occurrence in the mobile industry.
What do you think the premium Galaxy S5 should be named? 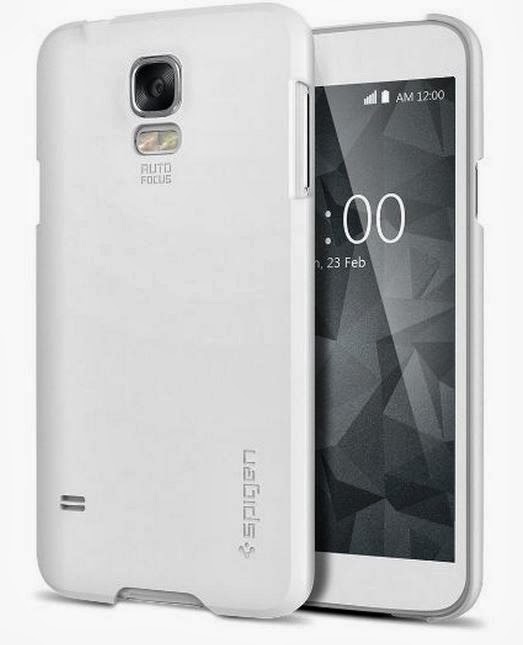