From video to direct messaging: Twitter is all set to get some serious updates soon 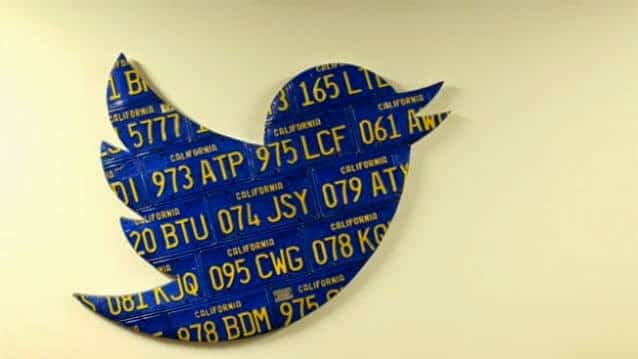 From video to direct messaging: Twitter is all set to get some serious updates soon

Twitter will be getting some serious updates soon. Image credit: AFP

Twitter will be getting some major updates in the coming year, including the ability to natively record and share videos from within the app version of the site. According to an official blog post by Kevin Weil, the Vice-President of Product at Twitter, the company showcased this plan at its Analyst Day conference and they’ve chosen to share some details with users as well.

For starters, one big change that Weil mentions is that Twitter users will soon “be able to record, edit and share your own videos natively on Twitter too.” This feature is expected within the first half of 2015.
Weill also wrote about Twitter’s plans to ensure that users see more relevant tweets on their feed. He wrote, “…there’s no way even the most avid Twitter user will find everything that’s relevant to their interests in any particular moment. That’s why we’re exploring ways to surface relevant Tweets so the content that is interesting to you is easy to discover – whether you stay on Twitter all day or visit for a few minutes – while still preserving the real-time nature of the platform…”

How does Twitter plan to give users more relevant content? One way that Weil mentions is by giving users “a snapshot of what’s happening,” rather than a barrage of tweets, which might just be all saying the same thing. Also Twitter plans “to use information on who you follow and what you engage with to surface highlights content” around that particular kind of engagement. Twitter is also working on “an instant, personalised timeline for new users who don’t want to spend time cultivating one on their own.”
Direct Messages will also getting an update on the site. Twitter is rolling out a new update which will allow users to “share and discuss Tweets natively and privately via Direct Messages.” More updates are expected to Direct Messages as well.

Interestingly Twitter’s VP of Product also mentioned that the site sees over 500 million tweets a day, a huge number for a site that has struggled with user engagement. For Twitter many of these updates are necessary given that the company saw user engagement fall by 7 percent even though its user base grew by 23 percent in the latest Q3 results.

The company reported monthly active users, an important metric scrutinised by investors who worry that Twitter’s growth has peaked, rose 23 percent to 284 million in the quarter. That was down slightly from 24 percent in the previous three months, when the World Cup helped drive traffic to the service, and remains well behind Facebook’s Inc’s community of more than a billion people. But timeline views per user, which measures engagement, slid 7 percent globally to 636. Views slid 6 percent in the United States to 774. And overall, total timeline views of 181 billion slightly missed analysts’ expectations.
Even though Twitter has managed to double up its revenues, Wall Street has very high expectations from the social media site. Compared to a giant like Facebook, which had already crossed 1 billion users, (and if you look at WhatsApp addition the number is even bigger), Twitter is far behind.

The company needs to boost up revenue and user engagement. Natively allowing users to upload videos will probably be one of the best additions to the site once it is launched and could drive up user engagement significantly. Given how active American teens are on the social media site, the ability to record and post videos from the app/site will be a plus for this section of the audience as well.

But Twitter also has a lot of competition from other social media sites on this front. Instagram, Snapchat, and pretty much everyone else lets users shoot and share video. Twitter’s advantage in such a case is that it is all about real-time updates. Instant news videos, even real-time video updates on a live event would definitely be a boost for user engagement. And where the clutter-free feed idea is concerned, it’s one that Twitter need to explore with all seriousness, while keep the fun of real-time updates alive.

With Messages, Twitter has a lot of potential. Will it turn Messages into something like Messenger on Facebook? It doesn’t seem so for now, but it will have to radically alter Messages on the site to boost its usage.