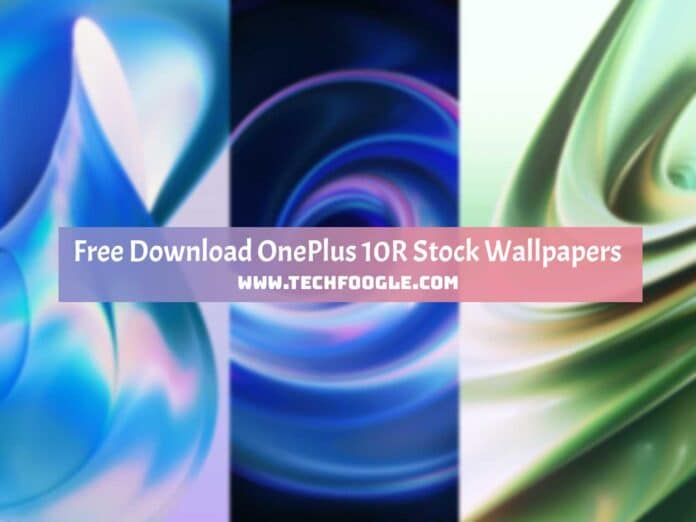 By the end of this month, the OnePlus 10R should be available. The majority of the device’s specs have been revealed in several leaks. The phone’s rear design, which has three cameras and an LED flash in a camera bump in the upper left corner, is also revealed in some renders.

According to rumours, the OnePlus 10R will have a large 6.7-inch FHD+ AMOLED display. We don’t know about the refresh rate, but given that the OnePlus 10R’s predecessor had a high refresh rate, we can assume 120Hz in the OnePlus 10R. The phone is anticipated to include a MediaTek Dimensity 8100 CPU, 12GB of RAM, and 256GB of UFS 3.1 storage. Other RAM choices are possible.

In terms of the camera, the OnePlus 10R is likely to include a triple-camera configuration on the back. A 50MP Sony IMX766 primary sensor, an 8MP ultra-wide sensor, and a 2MP macro sensor make up the system. It will sport a 16MP selfie camera on the front. It also has a 150W quick charging capability. Wallpapers for the OnePlus 10R are also new and are currently available.

If you want to learn more about the forthcoming OnePlus 10R/OnePlus Ace, don’t miss the formal launch on April 28. Stay tuned for more information as the India launch approaches.

If you’re a OnePlus user or a fan of stock wallpapers, you’ll know that OnePlus phones come with some amazing wallpapers. The OnePlus 10R backgrounds and live wallpapers have been leaked, which means we may use them before the smartphone is released. One thing to keep in mind is that the OnePlus Ace rumored specifications are essentially the same as the 10R, which indicates they may be the same phone, and if that’s the case, the OnePlus Ace wallpapers will be the same as well. Check out the preview area if you want to see OnePlus 10R Wallpapers before you test them.

Note: Note: The Wallpapers below are simply for representational purposes and are not the actual wallpapers. Don’t download from pictures because the preview isn’t in original quality. Use the download URL provided in the section below.