Fortnite Game is Now Available for iPhone and Android Devices? 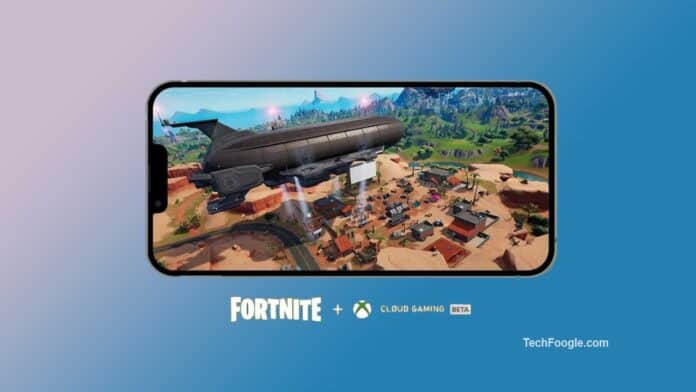 Fortnite Game iPhone and Android Devices: Apple suspended Epic Games’ developer account in August 2020 for breaching App Store standards. What followed was a legal struggle between the Fortnite creator and Apple, which will go on for years. With Fortnite still inaccessible on Apple’s App Store and Google Play, Microsoft has stepped in to provide Fortnite for free on iPhone and Android smartphones.

With Xbox Cloud Gaming, you can play Fortnite on your iPhone for free

Fortnite Game iPhone and Android Devices: Fortnite is now accessible for free on iPhones, iPads, Android, and Windows devices via Xbox Cloud Gaming, as revealed earlier this week. As long as you have a Microsoft account, you may play the game directly from your web browser without installing or subscribing. You may play the game using a controller in addition to touch controls.

Fortnite is notable for being the first free-to-play game on Xbox Cloud Gaming. However, it will not be the last. “We’re starting with Fortnite and want to launch other popular free-to-play games in the future.” In a blog post, Catherine Gluckstein, Vice President and Head of Product, Xbox Cloud Gaming, stated, “At Xbox, we aim to make gaming accessible to the world’s 3 billion people, and the cloud plays a vital part in that objective.”

If you want to play Fortnite on your iPhone and live in one of the 26 approved regions (check the Cloud gaming – Ultimate only option under Xbox Game Pass), click the link below!