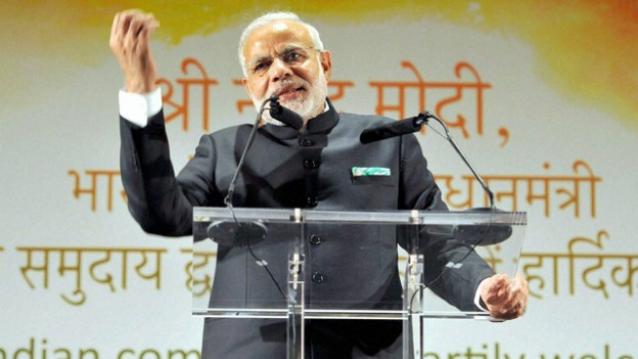 Google will soon help India set up base for free Wi-Fi at 500 railway stations while Microsoft will take low-cost broadband technology to some five lakh villages across the country as part of five key announcements made during the meeting the US top tech titans had with Prime Minister Narendra Modi.

As the who’s who from the tech world gave a ringing endorsement to the ambitious ‘Digital India’ programme, Microsoft CEO Satya Nadella said it will announce cloud computing systems from data centres in India next week, calling it a “big milestone”.

“We are expanding our public Wi-Fi hotspots. For example, we want to ensure that free Wi Fi is not only there in airport lounges, but also on our railway platforms. Teaming up with Google, we will cover 500 railway stations in a short time,” Modi told a gathering of Silicon Valley CEOs.

In his remarks, Nadella said Microsoft’s plan is to partner with the Indian government to bring in low-cost broadband connectivity to 500,000 villages in India. “We believe that low-cost broadband connectivity coupled with the scale of cloud computing intelligence that can be harnessed from data can help drive creativity, efficiency and productivity across governments and businesses of all sizes,” the first Indian-American Microsoft CEO said.

This in turn, he argued, would drive more affordable products and services and access to opportunity to all of India. To that end, next week Microsoft would announce availability of its cloud services operating out of India’s data centers. “This is a big milestone,” he said.

Stating that in order to push digital literacy forward, it is very important for people to type in their native languages, Google’s CEO Sunder Pichai announced that next month Google would make it possible for people to type in 10 different languages in India, including Gujarati. India-born Pichai said Google is working on many connectivity projects.

In an effort to push Digital India initiative, chipmaker Qualcomm said it will invest $150 million for Indian start-ups in the mobile and internet-of-everything (IoE) ecosystem. “We are committed to providing local innovative start-ups with the support needed to help India’s IOE (Internet of Everything) ecosystem grow, increasing consumer choice and availability,” Qualcomm executive chairman Paul E Jacobs said in his remarks at the dinner hosted in honour of Modi, as he announced a $150 fund to boost start-ups in India.

“The Prime Minister (in his meeting with Cook) said he would like Apple to start manufacturing in India. He mentioned the huge opportunities India offered,” ministry of external affairs spokesman Vikas Swarup told reporters. Foxconn, which is Apple’s largest manufacturer, has decided to set up a manufacturing base in India, he noted.