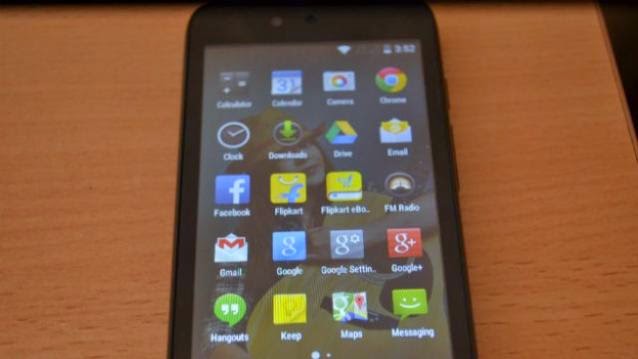 Android One smartphones are now available in India and according to Google the programme aims to provide decent hardware with the latest OS and features to users but on a budget. Essentially Google has tested out the Android OS across a variety of specs and giving manufacturers the option to choose from a range.

The three smartphones are the Karbonn Sparkle V which is for Rs 6,399, the Spice Dream Uno is priced Rs 6,299 and the Micromax Canvas A1 which is priced at Rs 6,499. To know more details about the specs of these smartphones you can go here, but they have identical hardware and software.

I’ve been using the Spice Dream Uno Android One smartphone for the last couple of days and I have to admit that this is definitely a budget phone that can many users can consider a worthy option. So what’s Android One device like? Here’s a quick look at some things that stand out and some that don’t.

Android experience: This is the one thing that let’s you forget that is a Spice phone or a device by any other ‘cheap’ manufacturer. The fact that there are no skins or extra gimmicky features from the OEM, means that this is Android as it’s meant to be. As a disclaimer I must point out that I’m no longer an Android user, the device I had was a Samsung Galaxy S-LCD screen nearly two years back. Once it died, I never went back.

But Android doesn’t seem like such a terrible idea now, especially for the budget user. One of the reasons I didn’t go back was the lack of updates and the fact that I was stuck on Android 2.3 meant zero new apps. Google Now didn’t roll out first for my Samsung S even though I had paid a bomb for my Samsung device. 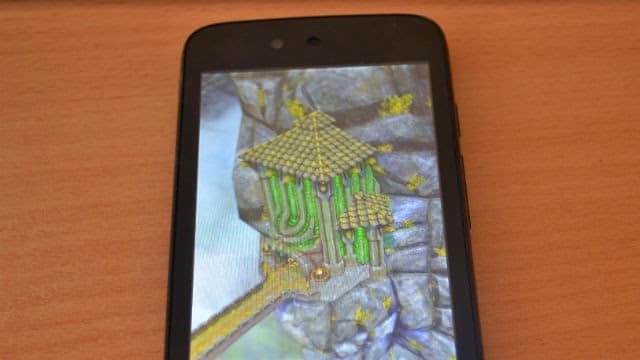 All of this is what Google hopes to change with Android One and it really shows in the phone. The biggest plus to this phone is that you’ll be getting updates for nearly two years. For a user whose budget is Rs 6,000, this is a great deal and also a great way to woo the first-time smartphone buyer. The update bit is important not just from security perspective but also from the apps side because the latest apps will be available to these users. Essentially this the same OS that say a Rs 28,000 Nexus would have (of course the specs there are much higher) but you’re getting this for Rs 6000. And it will get updates. 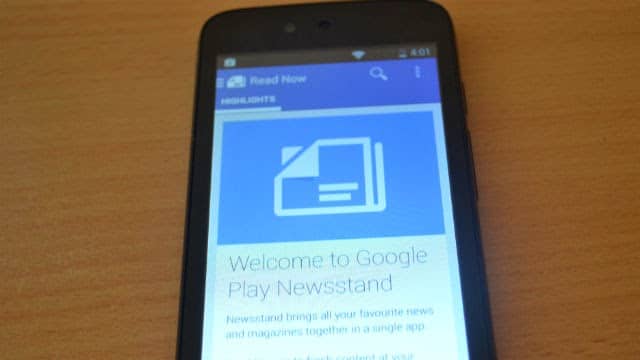 You can see that Google has worked hard to ensure that browsing for videos and the web is much easier. I used the Spice phone with a slightly dodgy 3G connection to browse the web and where Chrome was concerned loading pages, switching between tabs etc was not an issue. With YouTube videos, of course, terrible internet connectivity means that the buffer circle will still be present in your life but again with Google bring Offline YouTube to India that could change. This will mean good news for the budget user especially in terms of video consumption.

Camera : Camera is where things get really disappointing. For starters, I think we’ve complained several times about the fact that when you first open the camera of this phone, the message waiting for is put the microSD card in. Again, I’ve used a 4GB Android in the past with a 5 megapixel camera and I never once had to see this message in my life. 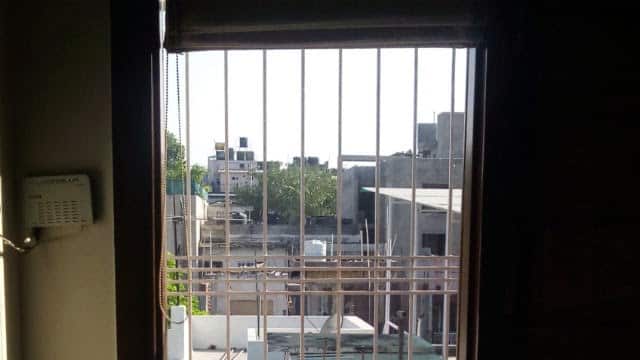 Another picture taken from the Android One smartphone inside a room.

Once you actually use the camera, you can see that it’s got all the features of a regular Google/Android camera app even if it doesn’t have the megapixels. It’s not the best colour representation that you’d want in a  camera but then it is a five megapixel camera. The one that this camera doesn’t do well, even remotely is night shots, even with the flash on. Some of them look like pictures that you might have with a camera phone a couple of years back, while the selfie camera is pretty useless once you’re in a totally dark room.

On the other hand, sufficient light will give shots that you can upload online. The selfie camera is decent and will work for the first time user. But again this is a budget smartphone and as Google indicated Android One phones with better specs will cost you more.

Connectivity and Battery: This is where things enter the hit-and-miss zone with this particular device. First of all, it’s wasn’t always easy to get the mobile data working on the device, which was strange given that the same microSIM is also used easily on another tablet device. I’ve still not seen the data connectivity come back on the phone and am unsure whether to blame the mobile operator or the phone. With WiFi too, I had a hard time connecting the phone easily, which was again a bit odd since on the first day I experienced no such problems. 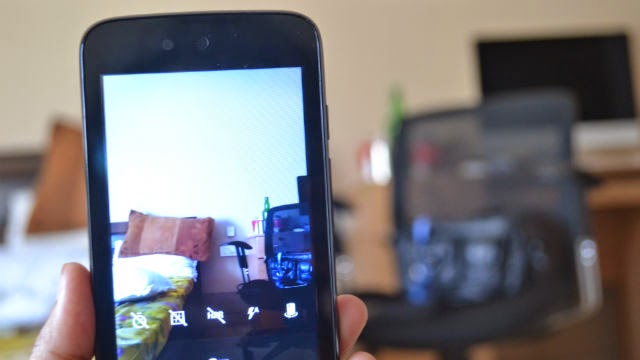 Taking a picture on the Android One smartphone. TechTrainIndia

WiFi connectivity gave me serious trouble when I tried transferring some photos via email and it was evident that this was just too much to handle for the phone. Interestingly the apps on the phone were working fine before I tried this emailing business. Gmail took a long time to update and I found that I had to start the device a couple of times to get the WiFi working again. Again this could be a connectivity issue from my end (unlikely since all other devices were working) or just a random glitch that hopefully won’t re-occur.

Where battery is concerned, it takes a long time to re-charge the smartphone (took me close to 3 hours) and you can see that it drains fast if you’re trying to do too many things all at once. For instance, the re-connecting/email business brought it down from 80 percent to 50 percent in no time. 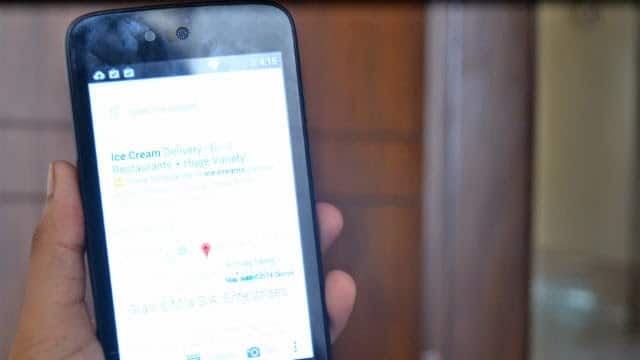 Reading on the phone in too much sunlight can be a problem. Tech2

Screen and Design: This isn’t a HD screen and while it’s big enough at 4.5-inches, it’s also makes for decent viewing. Except that fingerprint smudges are a massive problem all over the device and you can feel the screen getting all sticky if you’re not using a screen guard. The good thing about the screen size and resolution is that you can opens apps like Google Play NewsStand and see that the text fits properly and is easy to read. Even when you keep the brightness at bare minimum, reading articles on the app isn’t too hard.  The bad bit: It’s quite a strain to read anything on the screen if you’re in sunlight, although not entirely impossible.

The Spice Dream Uno phone does feel a bit bulky, and is definitely one thick device at 9.15 mm. And it’s fairly big as the full dimension length of the device is 132 mm which is around 5-inches, of which the screen space is 4.5-inches. Where the back is concerned, it doesn’t feel like stick plasticky and I haven’t managed to get it really dirty so far. 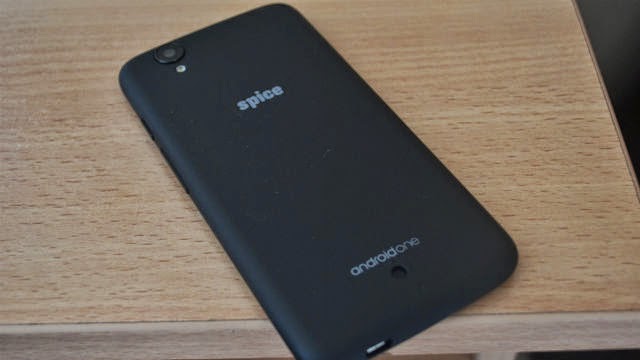 Back cover for the Android One Spice Dream Uno. TechTrainIndia

In conclusion: Let’s not forget that this is a budget smartphone with a quad-core processor, 1GB RAM, and Android updates for the next two years. By no means is this a perfect product and yes, we could do with a better camera. But essentially what Google has done is take control of its software, and shown that even budget Android phones can give users a good experience on the OS. And Google hopes that this is the sole idea and reason why anyone would consider these devices.