First impressions: Samsung Galaxy S5 packs some great features, but asking price is too much 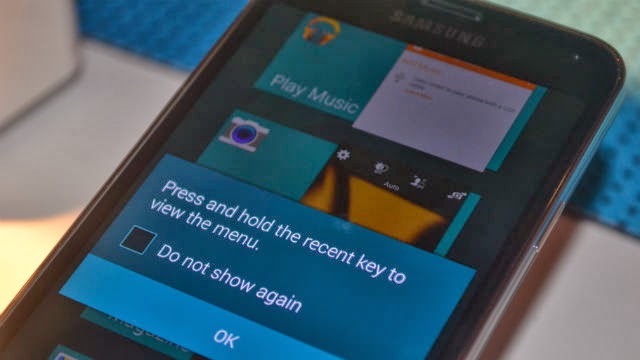 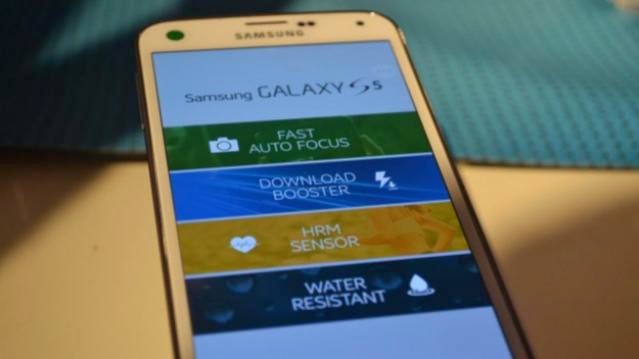 We go hands-on with the Galaxy S5

Samsung today launched the Galaxy S5 smartphone in India at a special event in New Delhi. The company has chosen to launch the 3G/HSPA+ version of the smartphone with an octa-core processor and 16 GB storage space. Samsung did not confirm whether India would get the 4G version of the phone in the near future.

Samsung’s Galaxy S5 will go on sale in India on 11 April and the pre-orders for the device will open on 29 March. The company has not yet announced the final price for the smartphone but has said that price will be between Rs 51,000 to Rs 53,000. We got a chance to play with the Samsung device and here’s our quick take on it.

Samsung’s Galaxy S5 has a bigger screen and the company has tried to give the phone a different kind of back body with a textured, ‘dotted’ feel. Just like the faux-leather look for the Note 3, the ‘dotted’ feel on the back of the S5 doesn’t look great. The upside to this is that it doesn’t feel so plasticky as the previous versions of the Galaxy S devices. 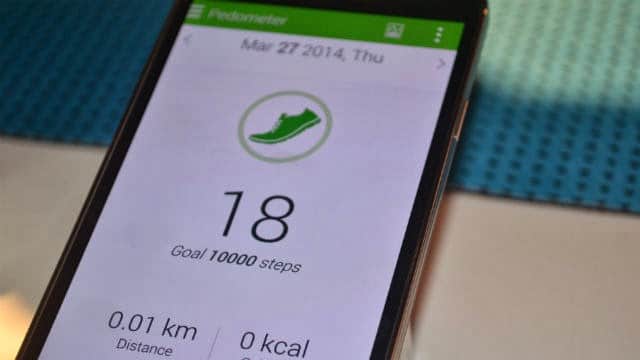 The bezel on the side still feels far too thick and the textured back doesn’t help with the overall look.

The S5 has a 5.1-inch screen with a Full HD resolution and an octa-core (eight core) processor which consists of two quad-core processors clocked at 1.9 and 1.3 GHz respectively. The device comes with 2GB RAM, memory space of 16 GB and a microSD slot that can accept cards up to 128 GB.

In terms of space, the 16GB plus the microSD slot card should be enough for users. As far as the screen is concerned, Samsung says the screen’s ‘Local Contrast Enhancement’ feature allows users to use the phone easily even in harsh lighting conditions, such as the sun, etc. When there is less light, the smartphone dims the light to allow users to read more easily.

While the octa-core processor is fine, one should remember that users won’t get access to 4G in India. For users who plan to pay over Rs 50k for a smartphone, the 4G restriction might just be the deal breaker. While it’s true that in India 4G is a long way to go, for urban customers who are ready to shell out so much for a phone, they are also likely to be the first ones to sign up for 4G when it comes to their city. In that case, the S5 without 4G might seem not so desirable.

The Galaxy S5 has a 16 megapixel camera and according to the company, the world’s fastest auto-focus speed (up to 0.3 seconds). It has also has an ‘Advance HDR’ mode for better colours and light. The camera comes with a new ‘Selective Focus’ feature which lets users focus on a particular object in the room, surroundings, etc. 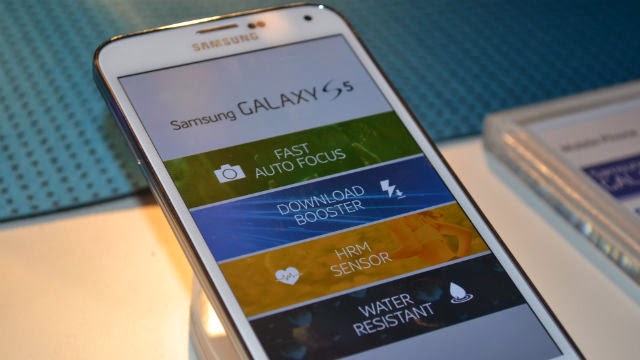 Samsung Galaxy S5 is seen at the launch

As far as the camera goes, there was no denying that the picture quality was quite good, despite the terrible light in the room. The camera also has several modes such as Best Shot, Dual Shot, Panorama, etc, which were there in the S4 as well.

The only problem when you get into the camera settings is that it does seem a little overwhelming with so many features. It does take a little bit of time to figure how you’re supposed to go about clicking, especially if you are used to a clutter free design on a smartphone camera.

Samsung has promised good battery life for this device. The smartphone has a 2800 mAh battery which Samsung says has a talk-time of 21 hours and a standby time of 300 hours in the Ultra Power Saving mode.

Samsung Galaxy S5 at the launch

The Ultra Power Saving mode allows users to access calls, messages ( the bare essentials) when they are running on low battery. While the feature is great, as far as battery goes, one can only tell when we have used the phone for a longer time. You should remember that the S5 has a lot of other features such as S Health app, Heart rate monitor, etc, and if you intend to use these are lot, it’s unlikely that the battery won’t drain fast.

For Samsung, these are part of the biggest changes to the Galaxy S5 and along with the Gear range, Samsung is hoping the smartphone will appeal to the fitness freaks. The smartphone has a Heart rate sensor below the smartphone’s camera on the rear. You can access this via the S Health app and you have to put your finger on the sensor to let the smartphone measure your heartbeat. Do note that you need to stay completely still when doing this and it worked quite well when we tried it.

The S Health app been revamped quite seriously and you can see a variety of functions from pedometer to heart rate to calories burnt. Users can also set diet and records and the company is offering more apps to link to S Health. S Health 3.0 has a number of great features, and will appeal to those who are serious about their fitness. 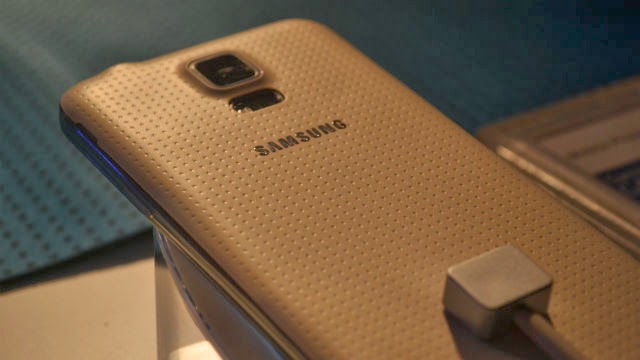 The S5 is going to be priced between Rs 51,000-53,000. Like almost all the latest premium smartphones that have been launched in India, it is priced in the Rs 50K bracket which isn’t really surprising. The question is: Can the fitness and imaging features justify this kind of pricing? The fingerprint scanner, heart-rate sensor and a 16 megapixel shooter are the newest features of the device. Whether this is enough for users to ditch an S4 and buy the new S5 will of course depend on user preference. Personally speaking, it does appear a high price to pay, but the smartphone does have a great camera. Where the fingerprint scanner and heart rate sensor go, I would still put them in the category of gimmicky features.