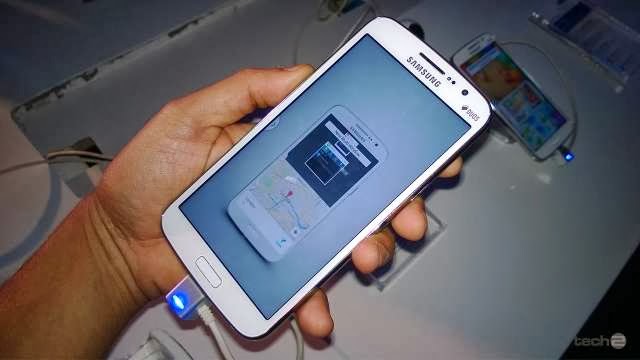 Samsung just made the Galaxy Grand 2 official and we were one of the lucky ones to get an early hands-on with the device. The smartphone will be hitting stores in the first week of January, which is when the final retail price will be revealed. With an estimated price of Rs 23,000, the Grand 2 will compete directly with the Lenovo Vibe X. Here are our first impressions with the Grand’s second coming.

Much better looking than the Grand

You’ll be glad to know that it looks and feels a lot better than its predecessor. The Grand 2 or SM-G7102 borrows some design elements from the Note 3 and past Samsung handsets. The slightly larger 5.2-inch screen is now longer rather than wider so it’s much easier to hold with one hand. Single-handed operation is still challenging however, unless you have absurdly long fingers. The HD display is a welcomed addition and even though the pixel count is not high enough, it’s much better than what Samsung offered us the first time. There’s barely any pixilation around icons and text is better to read without having to strain your eyes. Sadly, it’s still a TFT display and not IPS, so viewing angles and colours are strictly average. 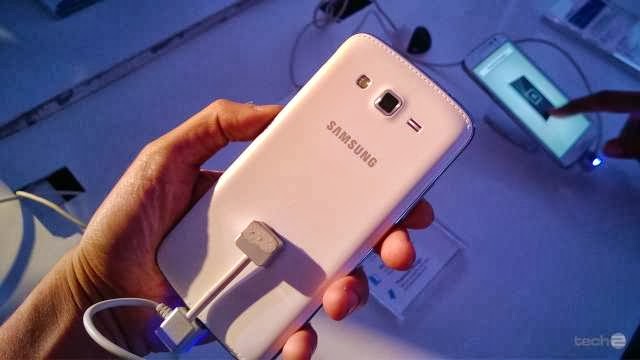 The chrome trim on the sides add some bling factor but sadly, it will inevitably start chipping and fading over time. The faux-leather back is taken straight from the Note 3 and looks a lot better than the glossy back of the predecessor. The phone is comfortable to hold and is fairly slim as well, which is good.

The Grand 2 also debuts Club Samsung – a new service which lets you stream (or purchase) localised content – music, movies, web clips live TV, etc. Currently, only movies and music is available, but others should be ready soon by the time the phone hits retail. 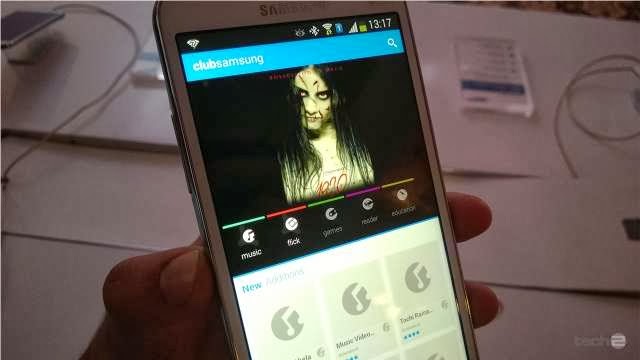 The Grand 2 comes with Android 4.3 Jelly Bean along with Samsung’s TouchWiz interface. The UI wasn’t very smooth however and we noticed quite a bit of lag when jumping around apps and homescreens. This could be restricted to the demo units alone so we’ll have to wait till we get our hands on the final unit. Just like the first phone, the Grand 2 is also a dual-SIM handset so you can use one SIM for calling and the other for data.

The Samsung Galaxy Grand 2 is definitely a worthy successor to the Grand as it improves upon many of the pain points from the first version. The biggest of all has to be the higher resolution display, better aesthetics and a larger battery. While there’s little doubt the Grand 2 will be a bit hit next year, we’re not sure if it will be the best buy at around Rs 23,000. By the time it actually launches, we’ll have phones like the Lenovo Vibe X and Gionee Elife E7 out in the market, which will hover around that ball park. Compared to the Grand 2, these phones offer a richer feature set and much better displays, the latter being a key factor in today’s smartphone experience. We foresee a big price cut heading for the Grand 2 as its current asking price feels a bit much.