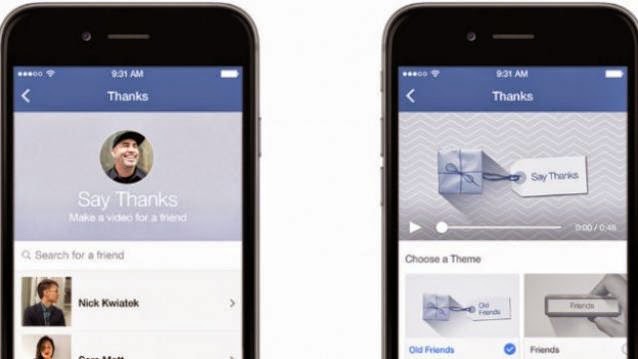 Say Thanks videos are here.

Brace yourself, a new set of ‘personalised Facebook’ videos are likely to flood your News Feed.

Some cynical folks will probably find this even more nauseating than those Look Back videos that were unleashed at the end of 2013. This time Facebook wants you to ‘Say Thanks’, to your friends, the ones you love, the one you only have your list so that you can spy on them, and to your relatives in case you were weak enough to accept their friend requests. Check out the tool here.

Given that Facebook has released the tool ahead of the US Thanksgiving, the argument is that this what the company intended it for; however, its likely that since the New Year isn’t so far  (half a November isn’t really that long), the social media site is hoping that users will share a lot more of these in the coming months.

Essentially the Say Thank You videos have a fixed format.  You can choose from two themes, Old Friends or Friends. However according to Mashable, Facebook has more themes like “complicated” and “family,” though I didn’t see them when I went to the tool.

Facebook will let you create a thank you video to a friend where you can choose the kind of pictures, status messages, etc you want to add in the video. The video has little tag lines like “I just want to say Thank You”, “We saw Awesome sites,” “it’s been a wild ride.” In the old friends format, the video ends by creating this weird memory wall with all the photos of you and that friend.

It looks very odd when you don’t have any pictures with that friend and you can almost hear Facebook’s algorithm go “what am I supposed to put on this memory wall”. Of course once you make this video, you can share it with that friend. This is what the post with the video will read like, “Hey XXXX I made you a video to say thanks for being such a good friend. You can make your own at fb.com/thanks #saythanks.”

My suggestion is don’t choose. See the auto-options that Facebook picked. These are often bizarre. In my some of my videos, Facebook was clearly clueless. There were no pictures with some friends, at times the posts on a friends wall don’t really look good on a Thank You note. Example: calling some the Devil or status messages about out how our lives are miserable make for an odd black-humour style Thank You video.

The video result is a little cheesy and is full of banal phrases like “Thanks for being a friend,” “Awesome sights”.  Surely Facebook could have spared us those. Also given that these videos are being made on Facebook, they seem wrong, because let’s face it not everyone on our Facebook list is dear and a close friend. As Slate’s Lily Hay Newman writes, the video is “just an amalgam of everything that’s impersonal about digital gratitude.” She points out that just like it’s very different to say Happy Birthday to someone in real life and on Facebook, the same logic applies to the Thank You video.

What’s worse is that you don’t know how the etiquette on this whole video card works. What if someone you don’t like, gives you a Facebook Say Thanks video, do you make one for them in return or do you ignore their video? Unfollowing that person won’t help and unfriending will be too obvious and rude.

Then of course, creating such a video for even a close friend might seem a bit impersonal and give the impression that you don’t really care. Sure Facebook is the way we keep a tab on each other’s lives, but it’s not the most personal way to communicate.

The Thank You videos fall in the awkward space where you’re trying to be personal on a digital platform. It’s a very hard thing to pull off, let’s face it once the video is shared, everyone can see it on your friends wall. Yes, it includes status messages and photos that are already visible to your friends list, but put them in a ‘Say Thanks’ note, and it feels uncomfortably creepy. It takes away the personal touch that a Thank You note is supposed to carry.

Of course none of this means that people aren’t going to share a lot of these. They probably will make a lot of these videos and thats something Facebook wants at the end of the day. 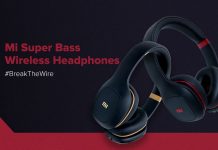